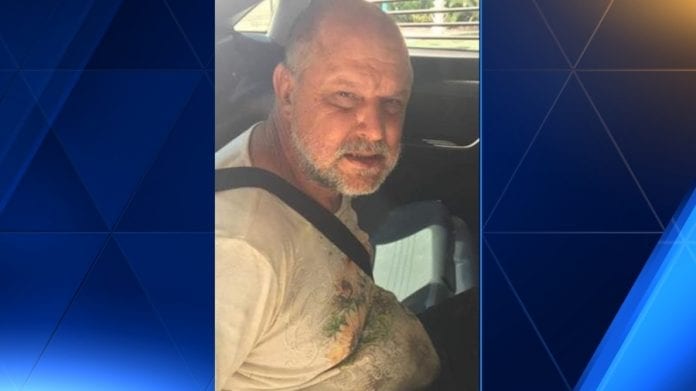 A homeless man has been arrested after a video captured him apparently touching himself near Hammock Pointe Elementary in Boca Raton.

Deputies arrested Lawrence Dunn Wednesday days after a woman shot video of a man hiding in the bushes touching himself while watching children walk by.
The video got close to 30,000 views on Facebook. Many expressed concerns for their children. Using the video, deputies were able to identify Dunn.
Dunn is being held at the Palm Beach County Jail on lewd and lascivious behavior and trespassing charges.