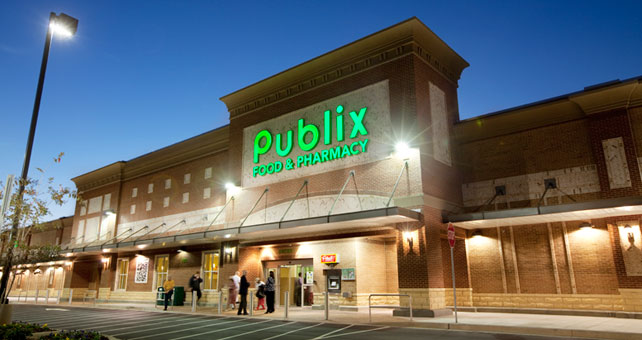 Florida Governor Ron DeSantis announced on Tuesday that all 67 Publix locations in Palm beach County will offer the shots, starting on Thursday. Seven Publix stores in Martin County and two in Monroe County will also offer the vaccine.

DeSantis said that brings the total to 181 Publix pharmacies in 15 Florida counties. He previously announced over 100 stores in 12 other Florida counties would be vaccinating seniors.

The stores will offer between 100 to 125 shots per day. DeSantis said that is the first Publix partnership in a major county.

The partnership was as a result of a meeting between DeSantis and county Mayor Dave Kerner. City officials estimated that 90% of Palm Beach County’s senior population lives within a mile-and-a-half of at least one Publix.

The registration for the vaccine began on Wednesday. To make an appointment, go to: https://www.publix.com/covid-vaccine/florida

“It’s by appointment only, so don’t just show up,” DeSantis said. He also advised that residents will have to be observed for 15 minutes after receiving the shot.

Up to this point, the vaccine rollout in Palm Beach County has been slow, compared to the other counties in South Florida.

The Florida Department of Health in Palm Beach County is administering the shots to residents, however, due to the demand, their local telephone appointment line is closed for vaccine requests.

While many Caribbean-Americans are among those that have been vaccinated in South Florida, Governor DeSantis has discouraged Caribbean nationals and other immigrants who may want to visit the state just to get the vaccine shot. He said Florida will not participate in vaccine tourism.

“There have been examples of hospitals bringing people from Latin America. We are discouraging that. We do have people that move from state to state, so if they just live here for six months, it’s fine. Those people pay taxes and use our hospitals. But to just kinda come in from another country, we don’t support. Florida won’t participate in vaccine tourism,” he said.

As of January 19, close to 700,000 seniors in Florida have received at least one shot of the vaccine. DeSantis plans to expand its Publix partnership as more vaccines become available.