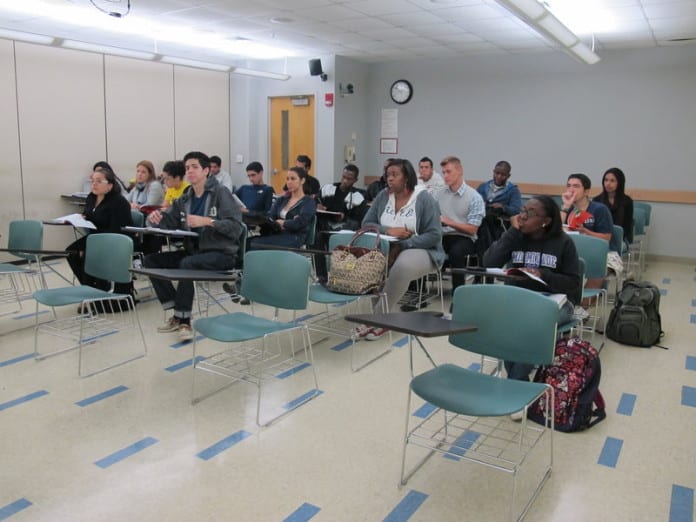 A Miami-Dade coalition is to take action to eliminate absenteeism at county schools. Miami-Dade Commissioners, the Miami Dade School district, the Urban League of Greater Miami, the Miami Heat, the Miami Dolphins, and the county police announced iAttend program to improve school attendance in the county, where an estimated 20,000 students are absent each school day.

A study conducted by the MDPS show high incidence of absenteeism particularly among high school students. At some county high schools, over 22 percent of students missed 21 days of school last year.

Public school teacher Elena Bravo sees that as “a most welcome initiative, as every day they are absentees” in her high school grade 10 English class.

“I can understand students occasionally miss school because of illness or family emergency, but some students are absent multiple times each month. This is inexcusable, and cannot be tolerated if the school system is responsible for molding the education of future adults.”

The new iAttend program focuses on hiring more guidance counselors to monitor students with habitually poor attendance. When necessary, Miami-Dade Police will also visit to students’ homes to ascertain the reason for their absence.

However, parent Steve Anglin says he’s concerned that police visits “could create confrontational situations between students, especially seniors, and police. I would rather the onus be placed on us parents to ensure we get our kids to attend and stay in school.”

Fellow parents Maxine Williams argues that offering more “attractive incentives” would be a better approach. “Kids should be offered incentives to motivate them to come to school, instead of making them feel threatened if they don’t attend.”

But Bravo says as a teacher, she “feels badly” that students need incentives unrelated to school to attend school. “The school environment should be the incentive. If kids don’t want to come to my class, then I’m failing them.”

However, social worker Minerva Green said it is important to study where absentee students live. “I think absenteeism is highest in the poorer areas, where sometimes students are required to say home to help with younger children, or parents work often work so long hours they’re not even aware their children are not attending school. Often the problem is deeply social, not that the kids are truants.”