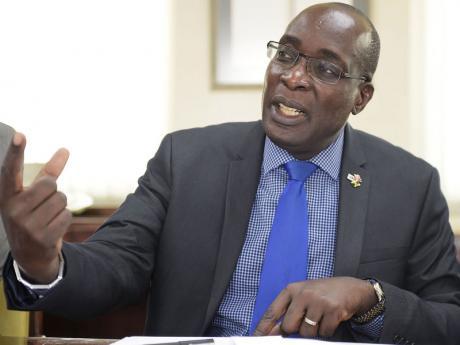 KINGSTON, Jamaica – Just two days after Jamaica’s opposition party, the People’s National Party (PNP) threatened to take action if the government did not provide an update on corruption investigations, Former Education Minister Ruel Ried and several others were arrested.

At about 5:00 AM on the morning of October 9, police detectives showed up at the house of the former minister with a warrant to search the premises. Following the search, it is reported that Reid, his wife, Sharen, and their daughter, Sharelle were all arrested and taken into custody.

The police say they seized several documents and electronic devices that could be used as possible evidence in the criminal investigation.

The Major Organised Crime Agency (MOCA), the Financial Investigation Division (FID) and the Constabulary Financial Unit of the Counter-Terrorism and Organised Crime Division (CTOC) began conducting a criminal probe into Ruel Reid and company after allegations of corruption, fraud and misappropriation of public funds involving the Ministry of Education and the CMU came to light in March.

Following the allegations, Reid was fired by Prime Minister Andrew Holness and he then resigned from the Senate that same day. Just yesterday, Pinnock was sent on special leave with immediate effect pending the outcome of the probe.

In a news release, MOCA said that the search and consequent arrests were to “target the main suspects implicated in a multi-million dollar corruption and fraudulent schemes perpetrated by the Ministry of Education, Caribbean Maritime Institute and other government entities falling under the portfolio responsibility of Mr. Ruel Reid, former Senator and Minister of Government.”

After the arrests this morning, the Director of Public Prosecutions (DPP) Paula Llewellyn said that her office was not further consulted prior to the move to take Reid and others into custody.

In July, Llewellyn found that four criminal laws may have been breached by “key players” in the Ruel Reid- CMU corruption case. She recommended further investigations but said the decision whether to arrest and charge any of the accused and place them before the court rested with the police and other investigative bodies.

The arrest of the former Minister now honors one of the requests made by PNP leader, Dr. Peter Phillips.

At a media conference on October 7, leader of the PNP, Dr. Peter Phillips called for the government to provide a status report on several corruption scandals including corruption at the Ministry of Education as well as the PetroJam scandal.

“We expect that these reports should be forthcoming within 30 days and a timeline must be given to the public to show the government’s commitment to transparency and integrity”, Dr. Phillips said.

Earlier this year, the PNP staged an anti-corruption protest in Kingston to shed light on the allegations of corruption, but not much progress has been made in the other investigations since then.