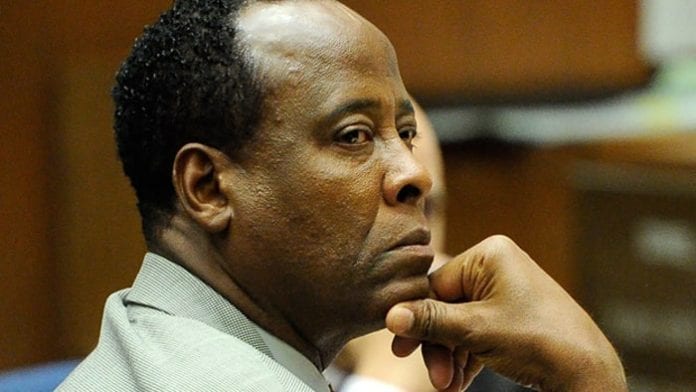 Trinidad and Tobago health authorities are investigating reports that Dr Conrad Murray, who was convicted of the involuntary manslaughter of King of Pop Michael Jackson eight years ago, has been practicing medicine in Trinidad and Tobago without a license.

This follows a revelation by the Trinidad Newsday newspaper that Murray was attending to patients at a private medical facility in central Trinidad.

According to the Sunday Newsday, when it called the Rampersad Medical Centre and Private Hospital last Friday and asked for Dr Murray, it was told that “Murray was available for appointments at 3 p.m. and 5 p.m.”

However, the newspaper said that when a team went to the facility on the same day and requested to see the doctor, the hospital’s receptionist said he was there but was not “interested” in speaking to the media. Efforts by Newsday to speak with the hospital’s owner also proved futile.

According to the newspaper, it was informed by an administrative official of the medical board last Friday that Dr Murray, a Grenadian who was raised in Trinidad, was registered to practice in the twin-island republic in 1999, but last renewed his license in 2004.

The official said Dr Murray applied to have his licence renewed two years ago, but because he had not done so in more than ten years and had practised outside of the country, he was asked to provide valid licences and letters of good standing from the medical boards in the places he last worked. The official said Murray was unable to do so and was not granted a licence.

Chief Medical Officer (CMO) Dr Roshan Parasram is now investigating the claim that Dr Murray is working without a licence.

In a statement issued to the media on Monday, the medical board said: “The Ministry of Health wishes to advise members of the public that it has been made aware of the allegation that Dr Conrad Murray is attending to patients at a local private medical facility without the required medical licence.

“Pursuant to the Medical Board Act, Chapter 29:50, the Council of the Medical Board of Trinidad and Tobago is responsible for the registration/ licensure of medical practitioners and the enforcement against persons who are who are not duly registered/ licensed but purport to practise medicine.”

Dr Parasram said the new council which was approved by Cabinet last week, would examine the matter at its first meeting in another two weeks.

The health ministry said it would “liaise directly with the Medical Board to verify whether he does or doesn’t have his licence to practice. And, if he does not, through our legal department and the Medical Board we will take the necessary action to deal with the issue in order to protect the health of the public at large.”

During the trial, the jury heard how Dr Murray: abandoned his practice to work exclusively for Jackson for US$150,000 per month; ordered gallons of the surgical anaesthetic propofol in response to Jackson’s complaints about insomnia as he was preparing for a new world tour; administered propofol on the morning of Jackson’s death; and – according to the prosecution – was directly responsible for delivering the final, lethal dose on June 25, 2009.