Coral Springs School on lock down after gun threat 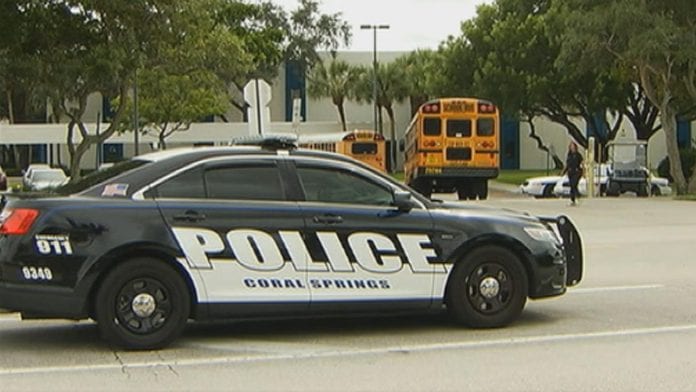 The J.P. Taravella High School in Coral Springs is on a modified lock down Tuesday after a student threatened to bring a gun to school, authorities said.

Coral Springs police said a school police officer made contact with the student who is accused of making the threat on social media, and the student’s parents have been notified

Police said the student confessed to writing the message, but said that it was a prank.

Authorities said the threat was determined not to be viable.

Broward County Public School officials said the school is on modified lockdown as a precaution.

It’s unclear whether the student will be charged.

Communities search for solutions to violence against youth