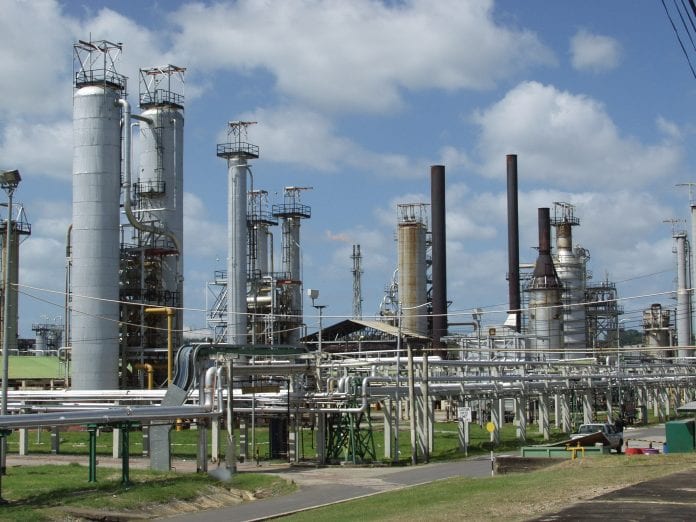 Prime Minister of Trinidad and Tobago, Dr. Keith Rowley has confirmed that negotiations have started with a “preferred bidder” regarding the current procurement process for a prospective purchaser or lessee for the PETROTRIN oil refinery at Point-a-Pierre Trinidad.

Rowley, addressing the three-day Energy Conference of Trinidad and Tobago, told delegates that three final bids were received in April 2022 and were evaluated by Trinidad Petroleum Holdings Limited (TPHL) and the relevant ministry officials.

He said one of the bidders was selected and has entered into exclusive negotiations with TPHL and the government with the aim of negotiating definitive agreements and securing committed financing, within a specified period of time.

The government closed the oil refinery in south Trinidad in 2018 after complaining that it had been losing billions of dollars (One TT dollar=US$0.16 cents) annually.

Patriotic Energies, a company formed by the Oilfield Workers Trade Union (OWTU), had entered a bid for the refinery, but the interest collapsed in January 2021.

On Sunday, Opposition Senator Wade Mark, told a news conference that the United National Congress (UNC) understands that the US-based company, Quanten, is the preferred bidder for the refinery owned by the state-owned oil company, PETROTRIN.

Mark, who valued the refinery at seven billion US dollars, said the question for shareholders and owners of Trinidad Petroleum Company Limited which was formed after PETROTRIN was shut down “is who is Quanten Inc?

“What qualifies this company to operate our seven billion US dollar asset refinery? What is this entity’s claim to fame to become the successful bidder,” he added.

Meanwhile, Prime Minister Rowley told the conference which is being held under the theme “Leveraging the industry’s strengths for the energy transition” that as the global energy transition leads to structural changes in energy markets and the energy mix there is a risk of diminution of oil and gas revenues, which have been the major drivers of the country’s socio-economic welfare.

He said given the uncertainty of energy transition it is difficult to define the end game, that is, which technology will emerge and what will be the final energy mix.

“Therefore, it is in our interest to expeditiously take steps to monetize the country’s abundant oil and gas resources. The latest gas reserve audit established that at year end 2020 technically recoverable resources amounted to 23.2 trillion cubic feet (tcf) and prospective resources at 55.2 tcf.  Whereas the latest oil audit, established 3P reserves at 455.3 million barrels and prospective resources amounted to 3.2 billion barrels with 90 percent being in our deep-water province.

“Accordingly, we have embarked on a series of bids rounds which commenced with the deep-water bid-round in December of last year. The closing ceremony for this bid round will be held on Thursday, June 2, 2022.  On offer is a large selection of deep-water acreage comprising seventeen blocks.”

Rowley said Trinidad and Tobago is not singular in the matter as several countries are actively promoting bid-rounds at this time “so we know that we are competing for exploration capital.

Rowley said Trinidad and Tobago’s series of bid rounds continues with the onshore bid round.