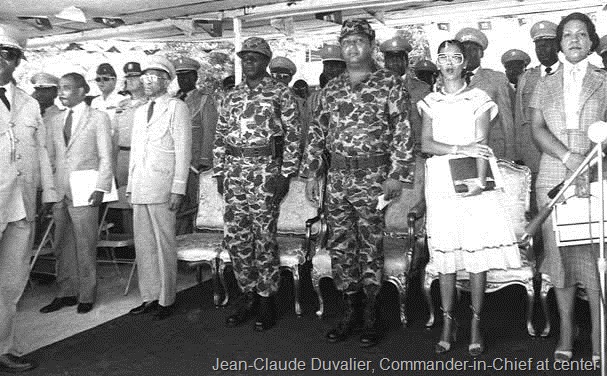 On this day in history Jean Claude Duvalier returned to Haiti after a 25 year exile and was welcomed with a re-opening of his investigation on crimes against humanity and financial crimes. Jean Claude Duvalier also known as “Baby Doc”, successor of former president and father Francois “Papa Doc” Duvalier after his death on April 21, 1971, was president-for-life of Haiti in 1971 until an uprising and overthrow in 1986. Upon returning to his homeland in 2008 the government of Haiti took action by re-opening the investigation into his alleged financial crimes, and several victims of human rights violations under the Duvalier government also came forward and filed complaints.

The State, which had pressed charges against Duvalier on April 29, 2008 and on January 19, 2011, had not responded to the court ruling of January 27, 2012, by the investigative judge. Duvalier appealed against accusations of financial crimes and the victims had also contested the decision to exclude crimes against humanity (including illegal arrests and detentions, torture, inhuman acts, disappearance and forced deportation) from the charges so a proper prosecution could take place. Without that change the victims may not have had a case, as the State might have decided to waive prosecution on the financial crimes. Duvalier could then access the funds frozen in Switzerland. Rarely appearing in court, and not making any attempt to return to power, Duvalier enjoyed a lavish lifestyle until his death in October 2014 at the age of 63.