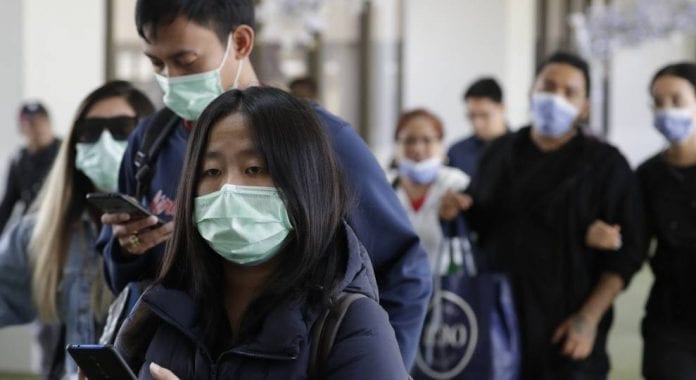 The Jamaican government announced the decision on Tuesday, January 28, following public hysteria resulting from a rumor that there was a suspected case of the deadly coronavirus on the island. Jamaica’s health minister, Dr. Christopher Tufton denied the rumor, but announced a travel advisory between Jamaica and China.

“We took a decision that a travel advisory would be issued where persons in China, who were planning to travel to the island will be advised or asked to remain in China,” Dr Tufton said at Tuesday’s press conference.

The advisory, Tufton said, would also extend to Jamaican nationals and Chinese nationals who were planning to make trips to China. “We’re advising them to postpone, at least for the time being, those travel arrangements that they would have made or are planning to make”.

The minister said that there is no specific timeline for the ban, and also that protocols are currently in place at all points-of-entry for in-transit travellers. “Our quarantine protocols will be put into place, where persons would either be quarantined in specially designed facilities or within their home environment depending on their particular circumstance and depending on the risk assessment that would be done,” the minister explained.

In a similar fashion, Dominica’s Minister for Health and Wellness, Dr. Irvin McIntyre also urged Dominicans that the island is putting precautionary measures in place to ensure that the virus stays off the island.

“We have things under control,” Dr. McInyre said. The minister said that the development and dissemination of reporting tools to healthcare providers is currently in place on the island. He also said further that active surveillance will be conducted at the health facilities and at various points of entry.

“If they are coming from China, we have that in advance, so we can actually be waiting for these people and if any symptoms we take the necessary actions,” he said.

In Trinidad and Tobago, the government has agreed to a trav­el re­stric­tion on any­one trav­el­ling from Chi­na to the twin-island.

Speak­ing at to­day’s post-Cab­i­net news con­fer­ence, he added: “If you left Chi­na to­mor­row you will not be al­lowed in­to T&T un­til Feb­ru­ary 14.” He said the rea­son for the 14 days is that the in­cu­ba­tion pe­ri­od for coro­n­avirus lasts for that pe­ri­od.

As of January 30, Coronavirus has been declared a global emergency by the World Health Organization. At least 132 people are dead and more than 6,000 cases have been confirmed in mainland China, as the Wuhan coronavirus spreads across Asia and the rest of the world.

Imported cases have been reported by other countries including Thailand, Japan, the Republic of Korea, Germany and the United States of America (Washington).

The symptoms are similar to that of the flu and include runny nose, cough, sore throat and fever. Some cases develop into pneumonia of severe acute respiratory infections.