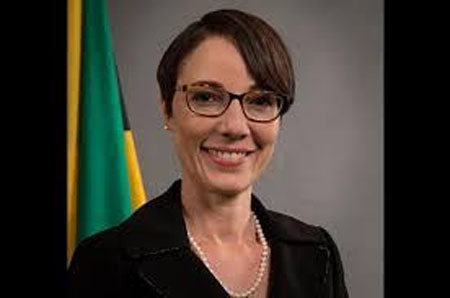 Jamaica’s Minister of Foreign Affairs and Foreign Trade, Kamina Johnson Smith, says the Jamaican government supports a united Spain and will not recognize the recent declaration of independence of Catalonia.

Last month, thousands of Catalans voted in an independence referendum that was held, despite a ban from the Spanish court.

“Jamaica values greatly the enduring partnership it has maintained with Spain over the many years. It is therefore hoped, that dialogue, based on the rule of law will lead to a peaceful, democratic and constitutional resolution of the current crisis,” Johnson Smith said in a release on Thursday.

Catalonia is located in northeastern Spain, with the city of Barcelona, a very popular city, as its capital

The Catalan government says 90 per cent of those who voted backed independence, but, on the other hand, the turnout was only 43 per cent as many of those who opposed a split with Spain boycotted the poll.

On Thursday, eight sacked Catalan ministers were remanded in custody by a Spanish high court judge over the region’s push for independence.