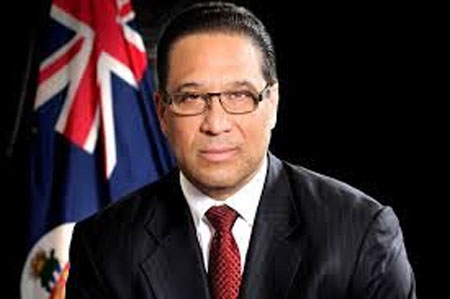 
Premier Alden McLaughlin has brushed aside sentiments from opposition legislators who have suggested a review of immigration procedures related to work permits and the granting of status.

McLaughlin, in closing the 2017/2018 budget debate on Monday said he believes immigration has been an important and positive factor that as contributed to the growth of the British overseas territory.

“I know it’s a bad word in some quarters …but it is immigration that has allowed these islands and all of us to develop the way we have,” the Premier said.

However, he agreed that the situation must be properly managed, and “cussing the foreigners” and saying that nobody should be granted status was the kind of thinking that had set other places in the region, such as The Bahamas, far behind.

According to the Premier, if properly managed, immigration will provide opportunities for Caymanians, adding that the territory was the envy of the region because it had not been a victim of “insular thinking and prejudice.”

He said the stance taken on immigration was the major difference between his administration and the policy position of the opposition.

He noted that immigration has provided the current economic foundation that Cayman now enjoys.

The Premier also accused the opposition and local talk-shows of promoting the idea that people are automatically entitled to something just by being Caymanian.

“That is an incredibly dangerous mindset,” he said.

“It is going to undermine the ability of Caymanians to truly aspire and truly achieve in their own country.”

McLaughlin told the Legislative Assembly, that there are challenges to Caymanians getting opportunities and not all employers are prepared to give locals opportunities, saying this was “the other side of the coin.”

He said that the Government of Cayman will strive to make the work permit system more transparent and would penalize abuses.