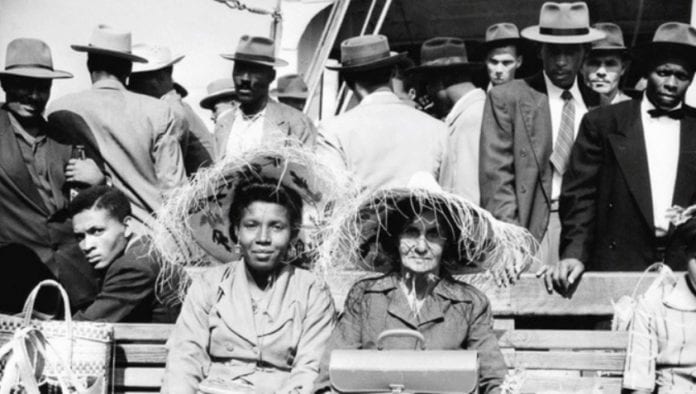 The British government says Commonwealth nationals, including those from the Caribbean, who came to Britain between 1948 and 1973 will have their status formalized following the controversy that erupted over the so-called undocumented United Kingdom (UK) immigrants.

Home Secretary Amber Rudd in a statement to Parliament on Monday apologized for the change in immigration rules even as opposition legislators called for her resignation.

“This should never have happened. We need to show a human face to how we work and exercise greater judgement where it is justified,” Rudd told Parliament , adding that all Home Office records dating back to 2002 would be checked to see if anyone had been wrongly deported.

“The state has let these people down, travel documents denied, exclusions of returning to the UK, benefits cut and threats to deport. This has happened for some time. I will put this right and where people have suffered loss, they will be compensated,” she told law makers.

“I want to apologise to you today. Because we are genuinely sorry for any anxiety that has been caused,” she said, adding “I want to dispel any impression that my government is in some sense clamping down on Commonwealth citizens, particularly those from the Caribbean,” May told the regional leaders.

“Those who arrived from the Caribbean before 1973 and lived here permanently without significant periods of time away in the last 30 years have the right to remain in the UK.

Compensations to speed up

Rudd has promised to speed up the compensation for anyone who had “suffered loss” and that the citizenship offer would apply not just to the families of Caribbean migrants who came to the UK between 1948 and 1973 but anyone from other Commonwealth nations who settled in the UK over the same period.

Labour’s David Lammy, a leading campaigner for justice for Windrush families, said they were being offered something which was already their right.

He called on the government to help others who also made their life in the UK after World War Two but who might not get equal treatment.

“They are from countries like Bangladesh, Pakistan, India, Nigeria, Ghana and Uganda. Many of these people have temporary leave to remain or indefinite leave to remain. It is unfair. They were born under Empire,” Lammy added.