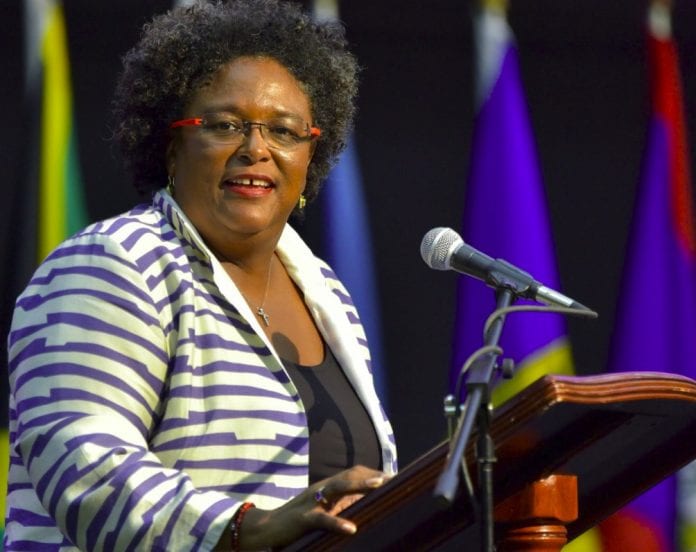 BRIDGETOWN, Barbados, CMC – Barbados Prime Minister Mia Mottley is in the United States for talks with officials of multilateral lending institutions, including the International Monetary Fund (IMF) on her administration’s foreign debt program.
She will also hold talks with US lawmakers explaining the government’s new financial services laws.

“Over the next two days I will have meetings with the Inter-American Development Bank’s Caribbean grouping, the International Monetary Fund and the World Bank, along with the US Congress and the Financial Services Commission.

“We wanted to make sure we had as many people on board with the changes we have made,” she said, noting that talks will be held in Romania with the European Union “to discuss how these changes will affect our relationship with them”.

Speaking on a radio program here, Mottley said talks were continuing with overseas creditors and on reducing the level of indebtedness.

“The public will be advised shortly on what we will be doing regarding our foreign debt situation. This is now the smallest part, but we know we will have to bring resolution to that in the next few months. Others have recognized this as well and have not made this a prerequisite to anything we have now signed.

“We have to stay the course and remain focused. The country was suffering for a decade, so we need to give things a chance. The medicine being applied is far less bitter than it would have been. There were those who thought we should not have restructured our local and foreign debt, but in the end we will save millions in the amortization of the principals of those loans,” she told radio listeners.

Mottley, whose Barbados Labor Party (BLP) came to office in May last year, said that her administration’s policy since then has led to an improvement in the state of the economy despite the loss of hundreds of jobs.

She said the government had been consulting with the tripartite Social Partnership on aspects of the restructuring process, she also backed the restriction of overtime pay in the public sector as a job-saving exercise.

“The restriction of overtime in an effort to save jobs came from the Social Partnership, not the Government, and in all honesty, if we can restrict overtime so we don’t send more people home this is a good thing.,” said Prime Minister Mottley, adding that the economic recovery program is going well and suggested that Barbados is regaining its reputation for social and economic stability. 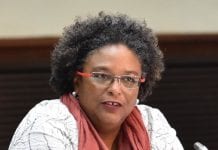