CARIFESTA closes in Barbados – TT to host next festival 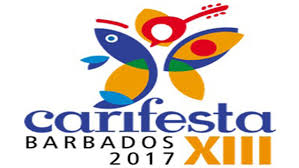 Marred by death of delegate

The 13th edition of the Caribbean Festival of Arts (CARIFESTA) ended in Barbados last night with the death of one delegate overshadowing the two week event.

Petal Frank, a member of the Guyana contingent died at the Queen Elizabeth Hospital last week after she had collapsed while showcasing her specially made hats at the CARIFESTA XIII Grand Market.

Culture Minister Stephen Lashley and the Assistant Secretary-General in charge of Human, Social Development at the Guyana-based Caribbean Community (CARICOM) Secretariat Dr. Douglas Slater, both expressed condolences to Guyana on the death.

In his remarks to the closing ceremony, Dr. Slater told the large gathering that once again CARIFESTA had given the audience an exquisite and diversities of wonderful performances of cultural expressions from visual and performing arts to film, fashion, literary arts and symposium series.

He said the event provided the space where Caribbean contingents were able to explore the theme of CARIFESTA XIII – “asserting our culture, celebrating ourselves.

“An important legacy of CARIFESTA XIII is the way in which Barbados has placed the development of our culture and creative industries at the centre of the festival through the platform of the buyer’s shopping mall in the Grand Market.

“Through this component which showcased the region’s exquisite collection of home and décor, fashion, gourmet, film, music literature and more; Barbados has further expanded the concept of Caribbean market base for the arts which was introduced in CARIFEST XI in Suriname in 2013,” Dr. Slater said.

Lashley noted that even though there was not a perfect start to CARIFESTA due to tropical storm Harvey “CARIFESTA XIII was a resounding success” with the participation of the 22 Caribbean countries and that the critical objectives of the festival were indeed met.

“From discussions held with Ministers who were present and directors of culture we were able to recognize the ongoing importance of the culture industries to the development of national economies and the enrichment of culture capital. We were also able to promote the sustainability and competitiveness of the region’s creative industries and talent as significant forces in the modern economy.”

Sunday night’s activities included a culmination of performances from various Caribbean countries that have performed throughout the festival and the passing of the baton to next host country of CARIFESTA XIV, Trinidad and Tobago.

The Minister of Culture and Art of Trinidad and Tobago, Dr. Nyan Gadsby Dolly in accepting the baton, thanked the host country Barbados for hosting an enjoyable and successful CARIFESTA XIII.

“We now invite the world to shift a little further south to the twin island Republic of Trinidad and Tobago as together we tropical men with talent untold raise our hand to grasp the sun.” she added.

CARIFESTA XIV will be held from August 16-25 2019 under theme “the tangible and intangible; connect share and invest.”