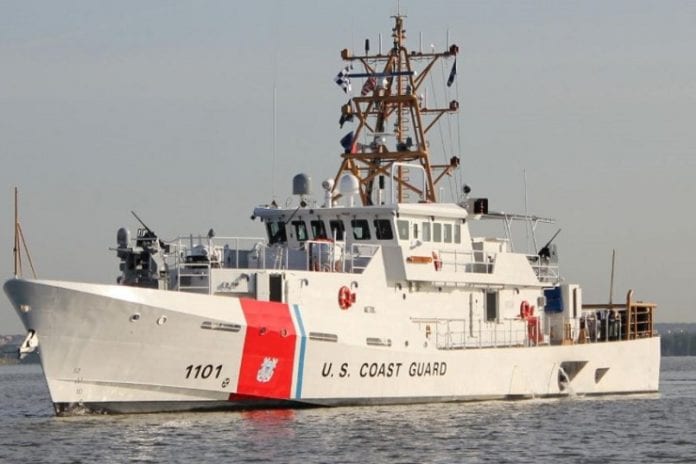 Six Caribbean nationals – three Bahamians, two Jamaicans and one Guyanese – were taken into custody over the weekend after a boat with 750 pounds of marijuana was intercepted by the United States Coast Guard.

As the cutter crew came alongside the vessel, they saw a package being thrown overboard. It was later recovered.

The crew discovered an additional 17 bales and three packages aboard the vessel, and seized approximately 750 pounds of marijuana.

They also took the six people who were on board into custody.

“This interdiction is a direct success of our focused efforts to defeat these transnational criminal networks,” said Commander Willie Carmichael, acting chief of enforcement for Seventh Coast Guard District.

“Our newest fast response cutters have proven critical in defending our maritime border, which these criminal organizations seek to exploit.”

Approximately 45 miles separate the South Florida and Bahamian coasts, and the US Coast Guard says it constantly patrols the area along with other law enforcement partners to detect, deter and stop illegal smuggling ventures.