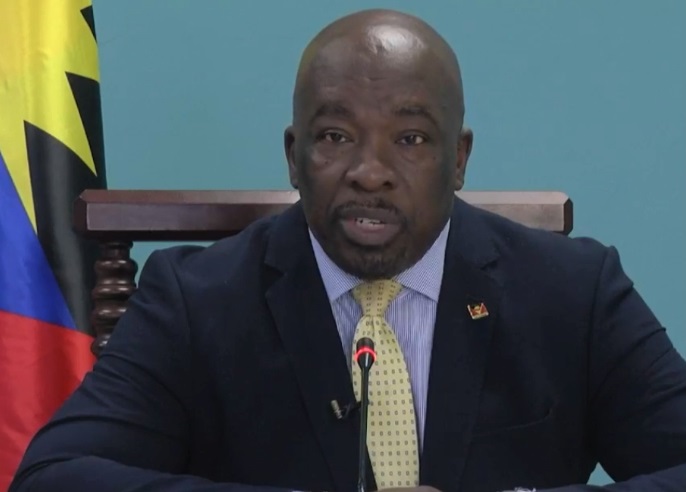 The Government of Antigua has announced weekly lotteries in an effort to encourage residents to take up about 6,000 doses of AstraZeneca COVID-19 vaccine before they expire on June 30.

Minister of Information Melford Nicholas announced during Thursday’s post-Cabinet media briefing that each of the four lotteries will give vaccinated residents a chance to win EC$5,000 (US$1,850).

He said Cabinet had agreed collectively that everyone who has taken the first dose since the vaccination program began in March, will be immediately eligible to participate. The only exceptions will be the immediate families of Parliamentarians.

The lottery will be drawn on a weekly basis, with residents not needing to register, since data taken by the Health Ministry throughout the vaccination process will be used to form the pool from which weekly winners will be chosen.

A week prior, Government announced that everyone who has taken a first vaccine dose between June 7 and June 30 will be entered into a raffle for an 8,000-square-foot parcel of land valued at EC $68,000 (US$25,161).

“We have certainly received some feedback and we think it’s in order that no one should feel disenfranchised or disadvantaged. Accordingly, [this] incentive will be made available to all persons who have been vaccinated,” Nicholas said.

He added that there had been a positive reaction to the initiatives, particularly from citizens from other Caribbean islands.

“They seem to have responded well to the initiative in terms of coming forward for their vaccines,” Nicholas said.

According to the Ministry of Health, almost 35,000 residents in Antigua and Barbuda have received the first dose of the AstraZeneca vaccine, while close to 23,000-second doses have been administered.

Antigua and Barbuda received 16,800 more vaccine doses on Wednesday afternoon. It was the final shipment of the allocation of vaccines from the COVAX Facility.