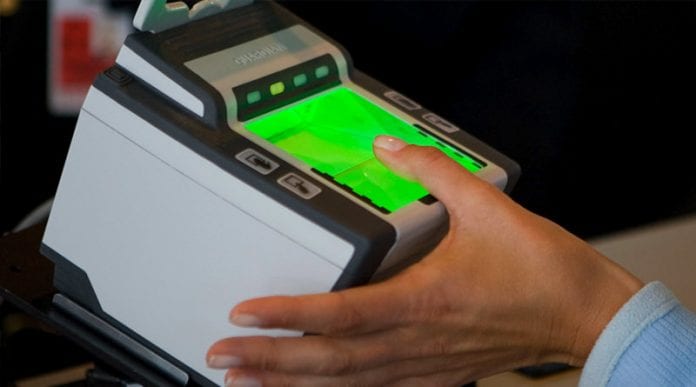 As with everything else at USCIS, the scheduling of new and rescheduling of cancelled biometrics appointments has been critically delayed due to Covid-19, resulting in a backlog of more than a million individuals waiting for appointment notices.

Biometric fingerprints and digital photos are required to be taken of immigrants applying for most residency and naturalization cases and under Trump policies, even for dependents applying for or extending some temporary visas.

For immigrants applying for residency in the U.S. who have also applied for work and or travel authorization, delays in the collection of biometrics can mean a delay in work and travel permit issuance as well.

Pre-pandemic, once an application was filed which required biometrics collection, an applicant would receive a biometrics appointment notice within about a month setting a prescribed time and place to have the biometrics taken, usually at the local USCIS office or application support center (also called ASC).

But with the current delays, it can take two to four months or more form most applicants to receive an appointment notice.

According to a recent stakeholder message, released by the USCIS, some 280,000 biometrics appointments were canceled between March and June, due to office closures.

However, once the offices reopened in July, they were only working at less than 50% capacity due to covid-19 up until September. Processing rose to 65% in October (processing some 10,000 biometrics collections per day), but operations are still not at full capacity due to safety concerns and social distancing considerations.

For the past six months or so, the USCIS has been reusing previous biometrics collected from applicants in order to avoid the need to reschedule a new biometrics appointment. In these cases, applicants receive a notice from the USCIS stating that previously collected biometrics will be reused.

However, in many cases, new immigrants have never had biometrics taken before and therefore must wait until they receive an appointment to do so.

What this means is continued delays in biometrics appointment scheduling, at least for the foreseeable future. Immigration applicants requiring biometrics should prepare to wait up to four or more months to receive scheduling notices.

You can read the USCIS release at: www.americanimmigrationcentral.com