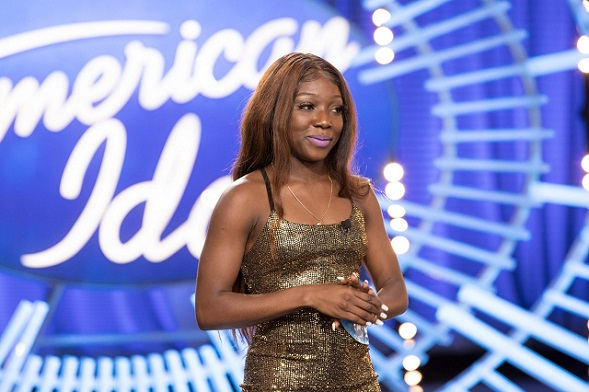 LOS ANGELES – As the world continues to spiral from the coronavirus pandemic, Jamaican singer Jahzan McLaughlin is giving the diaspora something to look forward to on American Idol.

The 18-year-old wowed the judges during Sunday night’s audition round of American Idol, and has advanced to the next round.

Jahzan, who is based in New York City, impressed the panel of judges which included Lionel Richie, with her renditions of Clean Bandit’s Rock-A-Bye Baby and Demi Lovato’s Warrior. During her performances, Jahzan’s mother, Zandriann Maye who is also a performer, showed supported by dancing on stage with her.

She received a “yes” from all three judges and has moved on to Hollywood Week.

The news was the ultimate blessing for the creative mother-daughter duo, who recounted their struggles, having moved from Kingston three years ago to settle in the “Big Apple”.

“We moved to New York as we busk in the city. Right now we are homeless, so American Idol is basically my opportunity. It’s tough coming over here [America] at age 15 and not knowing where you’re gonna live,” Jahzan told the judges.

“I like this. And Mom, you’re the rock of everything for this. I want you to understand what a great job you’ve done”, Richie said.

“We came here first and foremost for our safety, for reasons I cannot discuss on television. We came over here to escape from that. I live in my uncle’s salon. Nobody even knows about my situation at school, because I don’t want to be looked down on,” Jahzan continued to explain.

Jahzan said she also learned how to sing under the guidance of her mother. Maye, speaking in patois, chimed in: “I stay with her sometimes in the subway, and dance and hype har up and build the vibes.”

Jamaica’s Minister of Entertainment, Olivia “Babsy” Grange took to Twitter to send congratulations to Jahzan, saying “The hotter the battle the sweeter the victory. Congratulations Jahzan for reaching the Hollywood round of American Idol and Big up Mumma Zandria, your “stick-to-it-iveness” a guh mek it happen.”

Under strict guidelines from ABC- TV and producers of American Idol, neither Maye nor Jahzan are allowed to do interviews with any media. They did, however, post an Instagram video, thanking the diaspora and the world for the support, and shared a bit of their background.

“I’m so thankful for everyone and the support I’m getting. It’s just unbelievable. I feel so good that everyone is so proud and my country is so proud of me”, Jahzan said in the video.

The 42-year-old Maye is from Kendal, Hanover. She has has been involved in the creative and performing arts since a teenager, even attending the Cultural Training Centre (now known as Edna Manley College for the Visual and Performing Arts). Maye acted in plays such as Hot Spot and Jamaica to Rahtid Pupalick. She won an Actor Boy Award for Best Supporting Actress for the latter, and taught dance at Jessie Ripoll Primary School in Kingston.

Jahzan, who is a former student at Queens’ Preparatory, was also involved in that school’s arts programme. She was enrolled in Jamaica’s JCDC performing arts program as a child. Her mother encouraged all Jamaican children to get involved in the JCDC, saying that the program set the foundation for Jahzan.

Since the show, Maye said that they transitioned to now living in a hotel space.