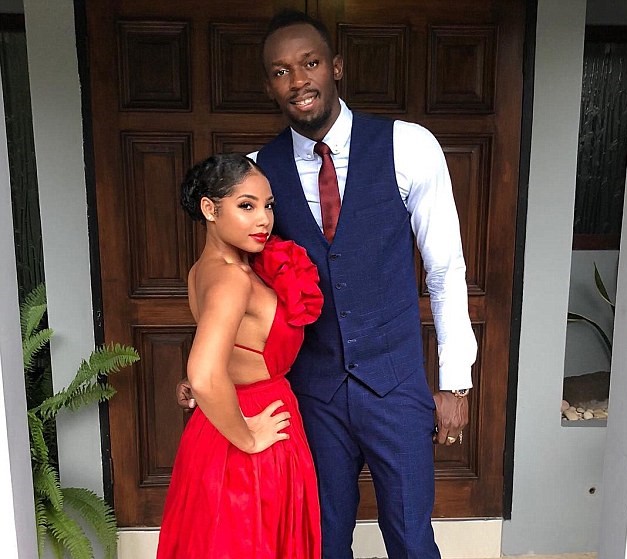 KINGSTON, Jamaica – Retired Jamaican Sprinter, Usain Bolt this morning announced that he and his longtime girlfriend, Kasi Bennett are expecting their first child.

The eight-time Olympic gold medallist shared the happy news with his 9.3 million followers on Instagram, sharing a picture of his partner, Kasi Bennett, cradling her baby bump.

I just want to say a KING or QUEEN is about to be HERE. @kasi.b

The couple has been together for over five years, but it wasn’t until 2016, when Bolt confirmed their relationship, saying they had just “gotten really serious.”

In 2018, the 33-year-old opened up about their relationship in an interview with Australia’s STELLAR Magazine. Bolt revealed that he was ready to start a family “in the near future”.

“It’s never a good time to have kids. It took me a while to figure that out. You just have to buckle down and do it. It’s in the near future, so, hopefully. We’ll see”, he said.

The athletics star, who retired from running in 2017, is the only male sprinter to win Olympic 100m and 200m titles at three consecutive Games.

Following his retirement from Tracks, he went on to pursue his dream to become a professional footballer, training with Norwegian club Stromsgodset and turning down a deal with Maltese club Valletta before joining Australian club Central Coast Mariners.

However, his A-League career lasted just eight weeks and in January 2019 he announced he was taking a step back from sport to focus on a business career.

Since then, Bolt has dabbled in various endeavours including producing dancehall and now Soca music. He also has s string of partnerships with G.H. Mumm Champagne, Hubolt, Alpro, Xoom, among others.