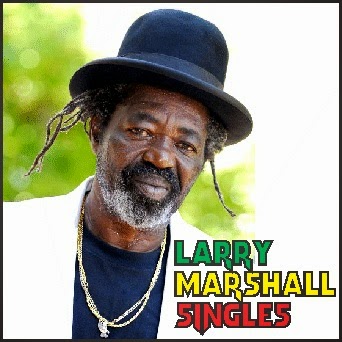 Jamaican Singer Larry Marshall died at age-76 at his Miami, Florida home on August 24. Marshall’s wife Mary, said the cause of death was complications from Alzheimer’s Disease. Marshall had suffered from the disease for 10 years.

Nanny Goat, a song Marshall did in 1968 with Alvin Leslie, is reputedly the first ever reggae song.

Originally from St. Ann parish in rural Jamaica, Marshall had recorded a handful of songs for different producers before he and Leslie hit the mark with Nanny Goat, produced by Clement Coxson Dodd at Studio One.

The hit song marked the transition from the Jamaican rocksteady genre to a new, bass-heavy sound called reggae. Some historians have claimed other Jamaican hits as the first reggae song but Nanny Goat has consistently got that tag.

Marshall had other hit songs including Throw Me Corn, Your Love and I Admire You, but the singer fell off the radar by the late 1970s. After marrying Mary in 1991, he relocated to South Florida. Mary said prior to becoming ill, he got sporadic spot dates in New York City, Brazil and England.

Three days after his death, Marshall was honored with an award by the Rootz Of Music show at the Pompano Beach Cultural Center.

Larry Marshall is also survived by five children and several grandchildren. His funeral service is scheduled for September 30 in his native St. Ann.