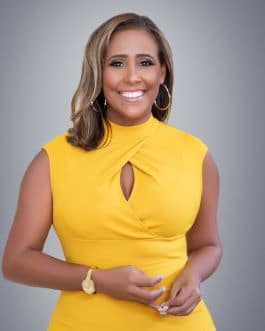 Florida-based award-winning journalist Neki Mohan has been named Festival Ambassador for the inaugural staging of the 2021 RealVibez Film Festival.

The event, which is scheduled to take place on August 25-27, will broadcast from a studio in Wynwood, popularly known as the art district in Miami.

At the three-day online event, storytellers and filmmakers who have sports and entertainment entries will be allowed to submit and showcase their material in a 7-11 minute format under four categories – feature, documentary, narration and musical. Also getting a chance to be screened is a category for animation films of up to five minutes in length.

In accepting the role, Mohan, who is also the Chief Executive Officer of her own media and consulting company, said, “I am so excited to highlight all the stories out of our diverse communities throughout the islands. The opportunity to tell our stories means they will exist long after we do!”

Her role as festival ambassador will also include media appearances, presentation on a panel at the festival and mentorship of a filmmaker.

Festival Director and Chief Executive Officer of RealVibez Carole Beckford gave her endorsement of Mohan’s selection, saying, “Neki is an ideal choice. She epitomizes the best of the Caribbean and has had a global impact.”

Neki Mohan was born in Brooklyn to West Indian parents but was raised in the twin-island republic of Trinidad and Tobago. For over a decade, she was an anchor for the ABC affiliate in Miami. During that period, her reporting took her across the U.S., the Caribbean and the world. She has interviewed world leaders and celebrities at red carpet events, and covered some of the biggest news stories across 10 television stations in five cities.

Mohan attended college in the United States and earned a bachelor’s degree in Journalism and Politics from the University of Maryland. To date, she has shared space in the journalism circle alongside other award-winning journalists such as Carole Simpson, Peter Jennings, David Brinkley and Sam Donaldson at ABC News Washington Bureau. Her on-air career began in Jackson Mississippi and has taken her to Los Angeles and Cleveland, before serving for two decades in Miami.

Films to be submitted by July 31st 2021 via www.realvibez.com and entry fees start as low as $30.