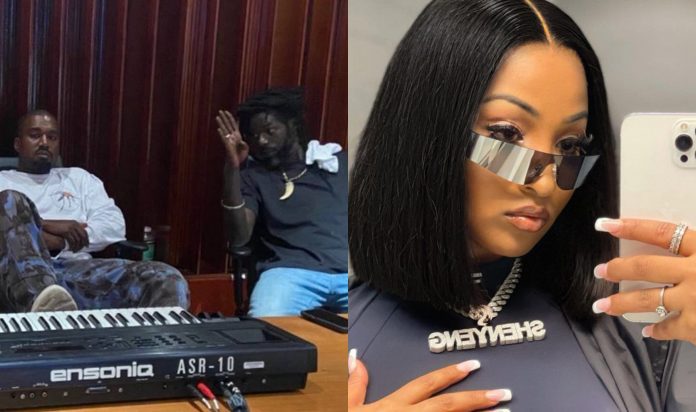 The 27-track project, named after the rapper’s late mother, runs 108 minutes long. Although many critics assert that the album needs to be edited, fans of reggae and dancehall music are pleased to hear reggae giant Buju Banton and dancehall entertainer Shenseea featured in the mix.

On track 10, Believe What I say, Gargamel is heard on the Lauren Hill (Doo Wop) sampled beat. After Ye delivers his melodic sing rap, Buju’s raspy vocals in at the bridge, “now here we are, you know I am not about it, showed you my heart, I let you in my thoughts.”

The track closes with a lengthy monologue of the reggae star expressing regret and heartbreak in a relationship.

In September last year, Kanye West visited Buju Banton at his Gargamel Studios in Kingston, seemingly to work on the collaboration. West also helped the veteran deejay charitable efforts by donating 50 computers, one for each boy at the Sunbeam Home, and ten desktop computers and chairs for Mount Olivet Boy’s Home. The donations were made through the Buju Banton Foundation.

Meanwhile, rising Jamaican singjay Shenseea is featured on track 21 of Donda, Pure Souls and track 25, Ok Ok pt 2. Shenseea is heard melodically ad-libbing and deejaying respectively for each track. According to Shenseea’s A&R Donny Flores, it was her freestyle on New York’s Hot 97 radio station that caught the attention of the Grammy award-winning rapper.

The album initially had 12 tracks with a July 24 release date, which did not include either of the tracks with the Jamaicans.

With a seeming twist of fate and many delays, an extended version with several new songs made the final cut. The album was then released by Universal Records without West’s consent, according to a recent Instagram post on his page.