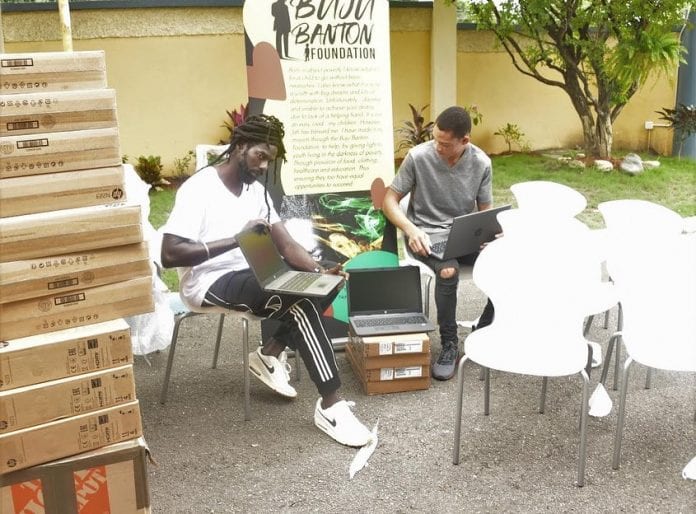 Banton, through his Buju Banton Foundation, made donations of laptops for each of the 40 boys at the Sunbeam Children’s Home in St Catherine. The Gargamel also donated desktop computers and chairs to the Mount Olivet Boys Home in Manchester.

Earlier this year, he had also donated his 3-million dollar cash prize from Jamaica’s Festival Song Competition to the Sunbeam Boys Home.

The Buju Banton Foundation said that American Rapper Kanye West pitched in to help Banton’s donation of computer devices to boys at the homes.

In September, the rapper had visited Buju Banton at his Gargamel studio in Kingston. West tweeted a photo with the caption, “GREATNESS IN THE MAKING”, indicating a possible collaboration between the rap superstar and the reggae icon.