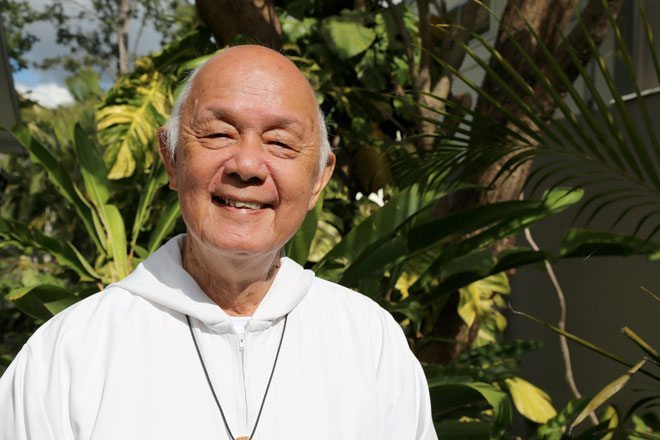 MIAMI, Florida – For one weekend in November, audiences in South Florida will get the opportunity to experience Father Richard Ho Lung’s musical production, “Moses”.

The annual production, which is one of the major fund-raising avenues for Father Ho Lung’s Missionaries of the Poor, will be held at the Omni Auditorium Broward College, 1000 Coconut creek Blvd, Coconut Creek, FL., 33066. The shows will take place on Saturday, November 23, at 2 PM and 7 PM and Sunday, November 24, at 2 PM only.

Speaking to Caribbean National Weekly, Father Ho Lung said he thought it necessary to bring the theatrical production to Florida once again because of the “strong support” that the play receives in the state. “We have a very strong support group in South Florida,” he said. “Moses is a magnificent production that has been very successful in Jamaica, and we often hear that what we’re doing is a world-class production. So, we thought it necessary to bring to play to Florida this year.”

Moses, directed by long-time Ho Lung collaborator Greg Thames, tells the story of the Biblical hero who led the Israelite nation out of captivity in Egypt. The production has been performed every year since 2004, with high schools across Jamaica being the number one supporters of the musical.

Although the play has been performed many times in the United States, Father Ho Lung says that for this year’s performance in Florida, the cast, which consists of mainly Jamaicans living at home and abroad, has added new songs, dances, and dramatizations to the musical. “This year is very special for us because its the 50th anniversary of Missionaries of the Poor and also my 80th birthday so its a celebration of sorts”, Ho Lung said.

Though he did a specific monetary target for this year’s event, he encourages residents of Florida to come out and support the event for a worthy cause. All proceeds from the event will go directly to the homeless and disabled people that the Missionaries of the Poor charity cares for in Jamaica.