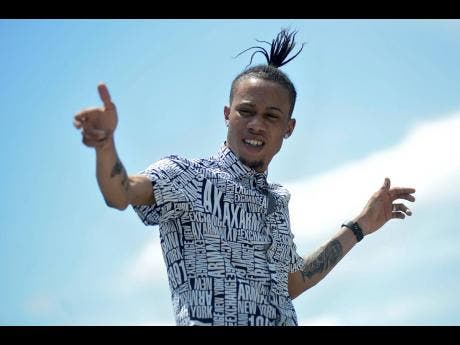 It is not a radio banger, yet “Poison”, the violently graphic track by dancehall deejay Intence is number one trending on YouTube in Jamaica.

“Shallow grave inna yuh yaad we bury you” is a slightly less detailed excerpt of the lyrical content that heavily plays on gun violence and torture.

The video which was uploaded to the streaming site on August 30, has garnered close to 800,000 views to the delight of his growing fanbase.

One user commented that Intence is even more consistent than Skillibeng, who is currently dubbed as the hottest new artist from Jamaica, to which another user fired back in disagreement.

The song, which is featured on aptly titled ‘1Matic Riddim’, is in alignment with the plethora of heavily laced dancehall content that has become synonymous with upcoming artists of the genre.