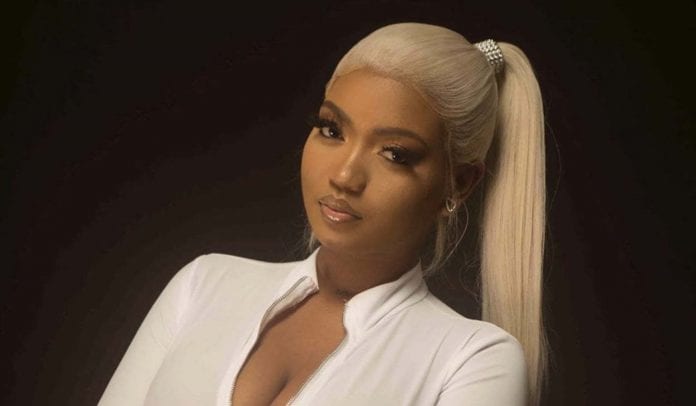 The dancehall artist who seems to be widening her music reach in the United States has signed a deal months after cutting ties with her former manager, who she accused of stealing from her.

Jada shared the news with her over 1.8 million fans on Instagram on Wednesday, highlighting the moment the contract was signed.

The deal with Republic was initiated by her partner R&B singer Verse Simmonds, who stated on Instagram that “this is the biggest ever for a female artist from the Caribbean.”

Dubbing the deal something that she has prayed for, Jada took to Instagram and expressed gratitude at the opportunity.

“God, I love you, I trust you. Thank you! @versesimmonds it’s safe to say I lost our bet and you told me so! We work so hard! This is so personal for us. You made me believe in myself way more than I ever did and you’ve been fighting with me through everything. I’m happy I didn’t give up; happy I trusted your word. I love you. I’m grateful for you! Thank you,” a part of her post read.

Jada also thanked her team, musician Worldwide Fresh and also who she revealed is now her ‘new manager’, Marc Jordan along with her management team, Ben and Bekka of Wide Eye Entertainment.

Republic Record is home to some of the most famous musicians such as Drake, Nicki Minaj, The Weeknd, Taylor Swift, Lorde and Ariana Grande.

Jada Kingdom has delivered a number of hard hits for the ladies, which includes “Win,” “Banana,” “Heavy,” and “Budum.” She has previously noted that the relationship with her former manager has held back her music career, and she has been unable to launch her album even though she has several songs ready to release.

Meanwhile, her ex-manager is suing her for the comments where she alleged that her manager stole from her and denied her transparency regarding her earnings. The manager, in turn, has sued Kingdom for defamation as he disputes her allegations.