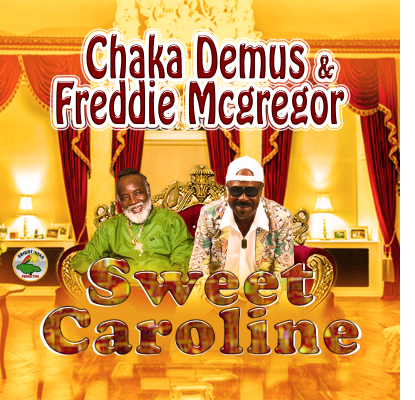 The single is the latest from Chaka Demus, who is about to release a new album dubbed ‘From Mi Heart’.

The song is reminiscent of the pop flavoured sound that made a splash in the 90s and early 2000s but with a modern twist.

The idea to add some Jamaican flavour to the single came about 20 years ago, and was then recorded with Sly Dunbar, Robbie Lyn and Freddie McGregor

The song was rediscovered last year while selecting tracks for the new album and the popular 90’s deejay added his signature vocal style and final touches to complete the project.

Chaka Demus is part of the famous duo with Pliers, who made several monster hits in the 1990s, including ‘Murder She Wrote’, ‘Tease Me’, She Doesn’t Love Nobody’ and ‘Twist and Shout’ featuring Jack Radics.