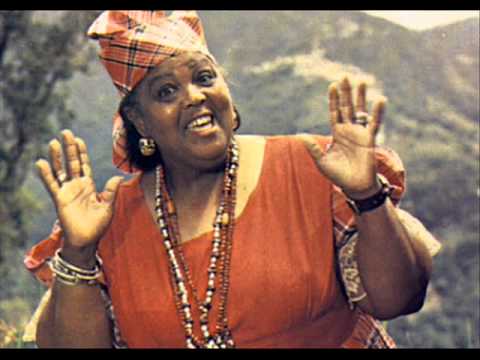 As a comedian, the Honorable Dr. Louise Bennett-Coverley (“Miss Lou”), used both irony and laughter as a tool for Caribbean reform. In her honor, Déjà Vu Theatre Productions, Inc. is producing a tribute to this formidable woman who inspired many Caribbean poets to follow in her footsteps. Miss. Lou did not waver when she was told, “You can’t speak like that.” She adopted her ancestors’ language and turned it into a means of cultural expression through poetry. This dialect, known as Jamaican Patois, is controversial but is recognized and imitated all over the world.

Deja Vu Theatre has adapted some of Miss Lou’s wonderful and creative poetry pieces along with original pieces and will be producing a dramatic performance on Saturday, June, 11, 2016 at the African-American Research Library and Cultural Center. Join us as we explore her artistry.

Louise Simone Bennett-Coverley, OM, OJ, MBE, was born in Kingston, Jamaica, on September 7, 1919. She was a Jamaican poet, folklorist, writer, and educator. Writing and performing her poems in what was known as Jamaican Patois or Creole, she was instrumental in having this “dialect” of the people given literary recognition in its own right. Located at the heart of the Jamaican poetic tradition, Miss Lou influenced many other poets, including Mutabaruka, Ms. Ivy Armstrong, Linton Kwesi Johnson, Trinidad’s Paul Keens-Douglas and numerous others.

On a British Council scholarship, Louise Bennett attended the Royal Academy of Dramatic Art, where she studied in the late 1940s. After graduating, she worked with repertory companies in Coventry, Huddersfield and Amersham, as well as in intimate revues all over England.

She traveled throughout the world promoting the culture of Jamaica through lectures and performances. Although her popularity was international, she enjoyed celebrity status in her native Jamaica, Canada, and the United Kingdom. Her poetry has been published several times, most notably the volumes Jamaica Labrish (1966) and Anancy and Miss Lou(1979).

Her most influential recording is probably her 1954 rendition of the Jamaican traditional song “Day Dah Light”, which was recorded by Harry Belafonte as “Day O”, also known as the “Banana Boat Song.” In 1986, she appeared as Portia in the comedy film Club Paradise, starring Robin Williams, Jimmy Cliff and Peter O’Toole.

Louise Bennett married Eric Winston Coverley on May 30, 1954 and had one adopted son, Fabian Coverley. She died on July 26, 2006 in Toronto, Ontario, where she had resided for the last decade of her life.

Déjà Vu Theatre Productions Inc. is a Not-for Profit Corporation formed in April 2002 in Fort Lauderdale. Sharon Cummings is founder and president of this Caribbean/American-infused theater company. Her dream is to unite the Caribbean community and its non-Caribbean friends in one cause: to form a local theatre company that offers an outlet for young people to showcase their talents. Good theater requires discipline, commitment, and creativity, and it serves as a welcomed conduit that can save young people from being classified as “Kids at Risk.” 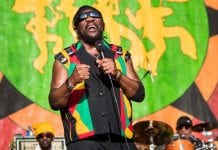 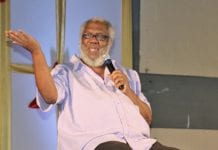 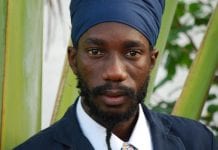 Dr. Peter Phillips Says He Will Not Fill New Vacancy in...