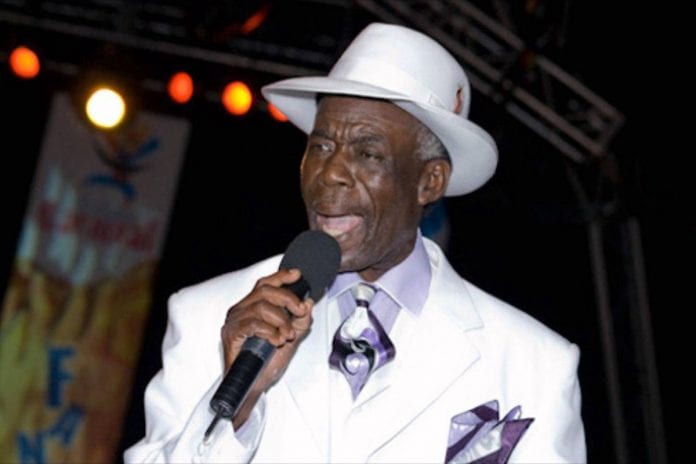 One of Antigua and Barbuda’s best-known calypsonians Sir Rupert Philo, known widely as King Swallow has died at the age of 78.

King Swallow died on September 11 at his home in Antigua after a prolonged illness.

Over his illustrious career, Philo was known for his social and political commentary, as well as his many hits which include Fire in the Backseat, Subway Jam, Party In Space and Satan Coming Down. He earned several calypso crowns over his career and won Antigua’s road march titles five times.

Rupert Philo was awarded the Order of Merit (Gold) and the Grand Cross of Princely Heritage, and in 2011 PM Bird recognised his 50 years of artistry and excellence by nominating him to be honoured with a knighthood.