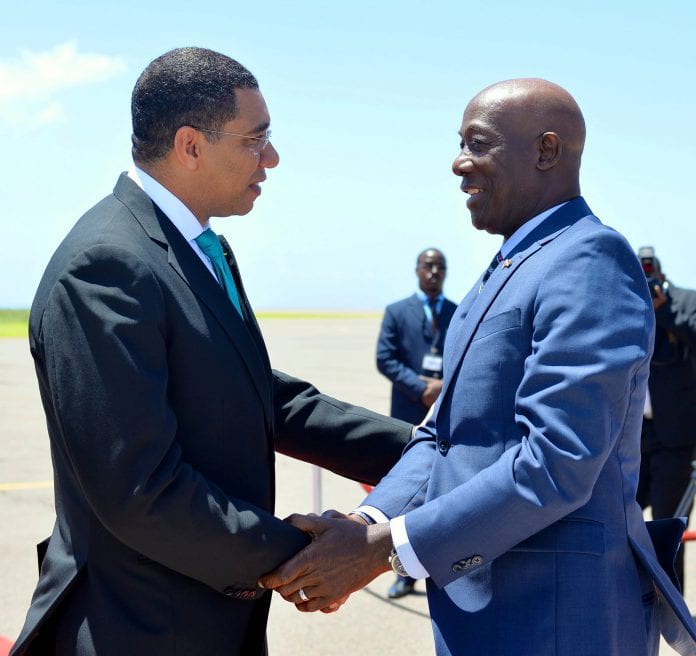 There has been a plethora of expressed views since  Donald Trump’s election as the 45th president of the United States. However, very little, if any, of this avalanche of views pertains to Trump’s policy for the Caribbean region. Certainly, none of Trump’s daily tweets are reflective of this policy.

Recently, Jamaican businessman Gordon “Butch” Stewart tried to appease Jamaicans concerns with a President Trump implying that Trump will be a friend of the Caribbean. However, that’s one man’s opinion which doesn’t lessen the concerns within the region as Trump takes office on Friday.

One of the strongest concerns within the region, and among Caribbean-Americans, relates to the Trump’s administration policy towards immigration.

With the Caribbean being a close neighbor to the US, for decades, from the 17th century, Caribbean nationals have been migraing to the USA. Various presidents have applied policies that either made immigration from the Caribbean easier or more difficult.

There’s fear not only will Trump’s immigration policy make migration from the Caribbean more difficult, but, as he previously expressed, could be one that focuses on mass deportations.

Trump’s supporters may argue that President Obama during his tenure deported more people than most of his predecessors. However, these deportees were largely criminals. Moreover, Obama also acted on legalizing more undocumented immigrants than his predecessors.

Any mass deportation of immigrants to the Caribbean will have serious repercussions on the region.  Already Jamaica is coping with problems, including escalated crime, from deportees from the USA and other countries.

If Trump does build a wall along the USA/Mexican border this could shift the direction from which people and drugs flow into the US. Unfortunately, the Caribbean could become the source of the flow, creating potential increase in human and drug trafficking problems for the Caribbean.

Trump also signaled he doesn’t plan to continue the policy of rapprochement Obama started with Cuba in 2015. Should Trump reverse Obama’s Cuban policy this could have a negative effect on the region’s plans to increase trade, and regional tourism, through collaboration with Cuba.

Hopes within the Caribbean of a possible ease of the outdated US trade embargo implemented against Cuba in the early 1960s now fades with President Trump. Lifting the embargo would benefit not only Cuba, but also the rest of the Caribbean region.

On the issue of trade, there’s also Caribbean concern with Trump’s campaign rhetoric of protectionism – protecting US companies from foreign import by imposing stiff trade tariffs.

Exports are the life blood of Caribbean economies. In the 1980s President Ronald Reagan strived to boost Caribbean exports through the Caribbean Basin Initiative (CBI). Successive presidents have supported exports from the Caribbean.

There are no indications Trump will implement policies to encourage Caribbean exports to the US. However, this issue warrants urgent attention, and answers from the incoming administration.

Vice-President Joe Biden also spearheaded a policy to enhance alternative energy in the region with a special emphasis on wind energy.

There are indications the Trump administration do not support proven evidence of dangers of climate change, and the need for alternative sources of energy. Alternative energy sources have significant potential of reducing energy cost to Caribbean businesses and households. Will Trump support Biden’s initiatives?

One of the last laws Obama signed as president was The United States-Caribbean Strategic Engagement Act. The Act requires the US Secretary of State and US Agency for International Development (USAID) to submit to Congress a multiyear strategy to enhance engagement with Caribbean nations. Will implementation of this law be a priority under Trump’s administration?

There are too many questions with few answers for the Caribbean as Trump takes office. Answers are urgently needed.

When President Raegan took office in 1981 the first foreign leader he met was former Jamaican Prime Minister Edward Seaga. This meeting underscored the region’s importance to Reagan especially wanting to negate the strong influence of Fidel Castro. Today, the region has the potential to influence US/Cuba relations. Caribbean leaders must exert this influence to seek an early meeting with Trump. Issues crucial to the socio-economic security of the region are at stake.  Caribbean leaders cannot wait on Trump to come calling.