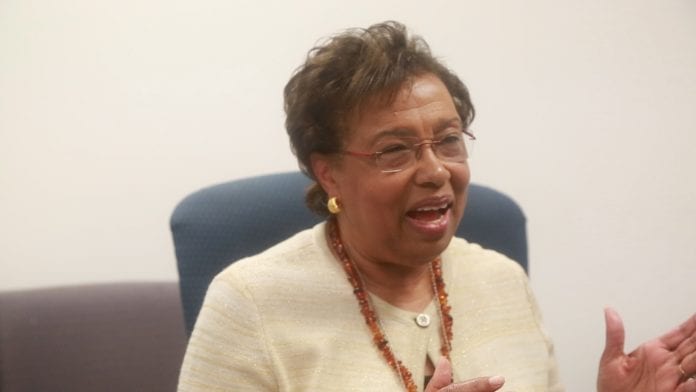 A group of Broward County community leaders have organized community protest against Broward Health’s board, seeking the reinstatement of former Broward Health Interim CEO Pauline Grant, who was inexplicably dismissed on December 1.

Mayor Rogers, said the main objective of the community protests is to “show support for the reinstatement” of Grant, a Jamaican-American who served Broward Health for 30 years. Rogers, speaking on behalf of the organizers of the protests said, “The community support is needed to make right a terrible wrong. We have to engage to guarantee a fair process for Pauline.”

In an unexpected move by the BH board, Grant was fired on allegations of accepting kickbacks from a physician during her prior tenure as CEO of Broward Health North in 2015. No details of these allegations have been given by the Board since Grant was dismissed, despite wide scale protests, including the Broward County Commission withholding a $82 million grant to assist the hospital in providing healthcare services to poor residents.

Grant files lawsuit against BH board

In the meantime, Grant who has strongly denied the allegations, filed a lawsuit on Tuesday against Broward Health. The lawsuit filed specifically against BH general counsel Lyn Barrett and the four board members that participated in the December 1 meeting, claims the board and general counsel violated Florida’s open-meetings law in deciding Grant’s dismissal.

The lawsuit claims Barrett collaborated with individual board members prior to the December 1 meeting, and made the determination to dismiss  Grant in a private meeting. This was contrary to Florida’s Sunshine law that requires public boards, like Broward Health’s, to conduct meetings accessible to the, and in, public. The lawsuit also claims the agenda for the board meeting did not include an item related to Grant’s dismissal.

The lawsuit filed by Attorney Eugene Pettis on Grant’s behalf stated the hospital’s general counsel conducted a secret investigation related to Grant for several months, while specifically informing her she was not being investigated, “then used outside counsel to conduct these rapid-fire meetings with only the information that there may have been a violation of the law……without the benefit and guarantee of public discourse as guaranteed by Florida law.”

The members of Broward’s Health board are the appointees of Florida Governor Rick Scott. On dismissing Grant the board also reinstated former Interim CEO Kevin Fusco, wo was previously removed and replaced by Grant last January.