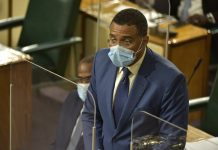 With a look at some of the top stories making the news today, August 2nd, across your Caribbean-American community in South Florida.

Todays news is brought to you by the Goldson Spine rehabilitation Center, who reminds you, “After a car accident, call Goldson Spine!”

Florida’s Governor Rick Scott says there are now 10 new cases of the mosquito borne Zika virus that were transmitted locally. This is in addition to reports of four cases  that were announced  by the department of health on Friday. Officials believe the virus is confined to the art district north of Miami known as Wynwood. The neighborhood has been selected for increased surveillance and mosquito control.

Trinidadian Soca artist, Machel Montano will star in the Bollywood release of his movie, Bazodee which hits select theaters this Friday. The movie follows a dutiful Indian daughter who is to marry a wealthy Londoner when a chance encounter takes things down a new path.

Jamaican sprinter, Shelly-Ann Fraser-Pryce will carry Jamaica’s flag during the Opening Ceremony at the 31st Olympics in Rio on Friday. Fraser-Pryce who will participate in her third Olympics is seeking a third consecutive win in the 100 meter race. In the 2012 London Olympics, Usain Bolt was chosen to carry the Jamaican flag.

National Hurricane Center officials are watching a fast-moving tropical wave that could increase into a full-blown tropical storm this week. The system that has brought heavy rains to sections of Jamaica has already claimed the lives of six people in the Dominican Republic.

Todays news is brought to you by the Goldson Spine rehabilitation Center, who reminds you, “After a car accident, call Goldson Spine!”