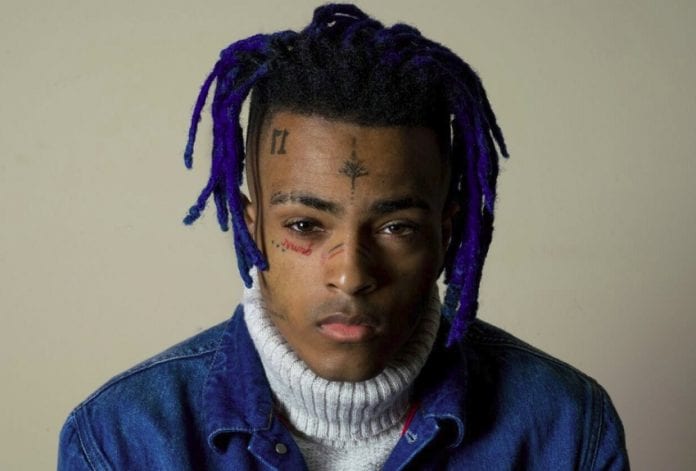 The Broward County Sheriff’s Department is offering a reward of up to $3,000 for anyone with information that can lead to the arrest of the killer or killers of South Florida-born, Jamaican-American rapper, XXXTentacion.

The Plantation-born, Lauderhill, Florida-raised rapper, born Jahseh Onfroy, was leaving RIVA Motorsports in Deerfield Beach shortly before 4 p.m. on Monday, June 18, 2018, when he was approached by two armed suspects in an apparent robbery, the Broward County Sheriff’s Department said.

Investigators continued Thursday to investigate the broad daylight killing of the 20-year-old Onfroy.

Anyone with information is asked to contact BSO homicide detectives Walt Foster or John Curcio at (954) 321-4210.  If you wish to remain anonymous, contact Broward Crime Stoppers at 954-493-TIPS (8477) or online at browardcrimestoppers.org. Anonymous tips that lead to an arrest are eligible for the reward.

One major lead reportedly being scrutinized is a Facebook post by a rapper from Georgia, who posted at 12:56 PM on Sunday, that “xxxTentacion gone get shot tomorrow.”

Another post shows a separate crew posing in front of what appears to be a gas station shortly after XXXTentacion died. The three men appear to be standing in front of a black SUV, similar to the one described as the suspect’s vehicle.

However, after that photo went public and the men were identified by fans online, one of the guys posted a video denying his involvement in XXXTentacion’s death.  It’s unclear if he’s been contacted by police to date.

Onfroy, according to News Americas reports, was born to Jamaican parents Dwayne Ricardo Onfroy and Cleopatra Bernard. He has three siblings with one being half shared paternally. Onfroy was mainly raised by his grandmother, Collette Jones in Pompano Beach, Florida and Lauderhill, Florida.

The young rapper rose to fame while posting raps online from his bedroom on the audio distribution platform SoundCloud in June 2013. Onfroy released his debut album, 17, on August 25, 2017. This March, he released his second album. His singles “Sad!” and “Changes” recently peaked at 7 and 37, respectively the Billboard Hot 100.

His interest in music initially started after his aunt persuaded him to begin attending school choir and later church choir. In 2013 he launched his musical career, inspired by both rock and rap.

XXXTenatcion has, however, made headlines not only for his  music successes but also for a string of legal problems stemming from a 2016 domestic violence arrest.

The rapper, accused of beating his pregnant girlfriend, was slapped with 15 new felony charges in December, including witness tampering and witness harassment.

Prosecutors reportedly believe the rapper – by way of recorded calls he made in jail – attempted to coerce his girlfriend into dropping her case against him.

He served a brief stint in jail in December before he was released on house arrest. A judge in March granted his request to be freed from house arrest in order to take his music on tour.

The rapper’s music also made waves last month after Spotify announced it would scrub his tracks from its platform, as his alleged behavior had violated codes of conduct.

The move drew backlash, and Spotify later reversed its decision.

On Monday, fellow rappers and musical artists took to Twitter to express their shock and sorrow.

“Rest in Peace,” Kanye West tweeted. “I never told you how much you inspired me when you were here thank you for existing.”