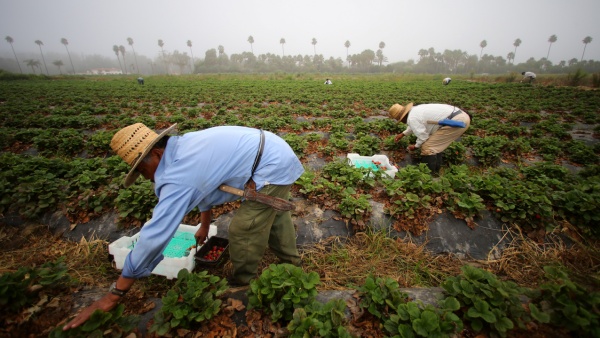 An agricultural company in Washington state was fined more than $2 million after two farmworkers, one of whom was Jamaican, died from COVID-19.

USA Today reports that the state’s Department of Labor & Industries launched an investigation in July after being contacted by an employee of Gebbers Farm Operations in Brewster, Washington. The employee said a worker had died of coronavirus, and that the migrant workers who shared a cabin with the deceased were not tested and then split into other cabins.

Authorities say they confirmed a 37-year-old temporary worker from Mexico died July 8, and the death was not reported to state officials as required. A second worker, a 63-year-old from Jamaica, died July 31. Both workers died of COVID-19.

The state investigation led to Gebbers being cited for 24 “egregious willful violations” for unsafe sleeping arrangements and unsafe worker transportation.

Investigators found that hundreds of workers were sleeping in bunk beds using both the top and bottom bunks and not being told to remain in “cohort groups” of workers who don’t mingle with other employees.

Under the state’s COVID-19 protocols,  temporary agricultural workers can use top and bottom bunks only if a farm separates workers into group shelters. Those cohort groups of no more than 15 workers must live, work, eat and travel together. Authorities say the investigation also found that Gebbers was busing workers to job sites in groups that were larger than allowed.

This is the second reported COVID-19 incident in the U.S. that has involved migrant workers from Jamaica. In October, a group of over 20 Jamaican farmworkers in Vermont were found to be COVID-19 positive.