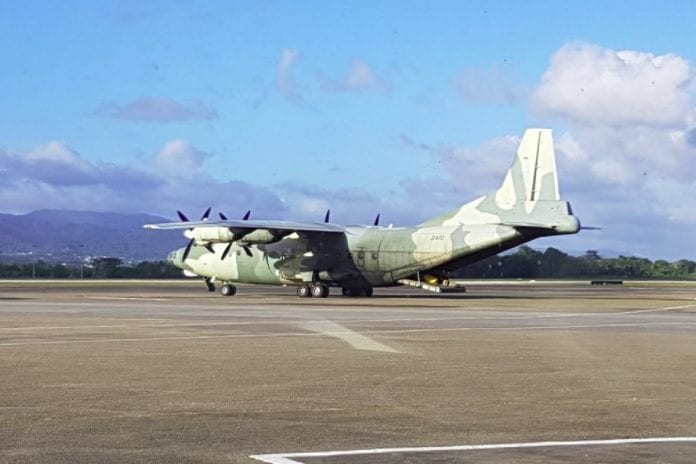 At least 82 Venezuelan nationals were deported to their homeland on Saturday amid concerns that among them were people seeking asylum in Trinidad and Tobago.

The Ministry of National Security (MNS) in a statement issued late Saturday said 82 Venezuelan nationals including 29 women “were voluntarily repatriated…to the Bolivarian Republic of Venezuela with the assistance of the Ambassador of Venezuela to Trinidad and Tobago, Her Excellency Coromoto Godoy.”

The MNS said the TT government had held discussions with the Venezuelan ambassador on April 18 to discuss arrangements for the “Venezuelan nationals who were being housed at the Immigration Detention Center, Aripo, to return to their homeland.

“At that meeting, Her Excellency offered to provide transportation by sea and air to ensure the successful repatriation of the Venezuelan nationals, and during that meeting the diplomat had requested that the nationals being held at the detention center “to process their travel documents.”

“This exercise was completed on the evening of Friday 20th April, 2018 where some 82 Venezuelan nationals were processed with the appropriate travel documents. It is to be noted that all 82 nationals volunteered to be repatriated and were placed on the aircraft provided by the Venezuelan Government.

In its statement, the Ministry of National Security said that the Venezuelans who were being sent home comprise “nationals who would have breached this country’s immigration laws and those who have served time in the prisons and were awaiting deportation on the completion of their sentences.”

It said these were the people placed on board the military aircraft from Venezuela noting “additionally over the last two weeks members of the Trinidad and Tobago Police Service, as well as Immigration Officers, have made several raids on the southern parts of the country at which time they detained a number of Venezuelan nationals who were in the country illegally.

The committee was told that in 2015, there were 29 male Venezuelan detainees, but one year later the figure had risen to 125 including 97 females. Last year, there were 45 men and 82 women. She said that on a weekly basis, between 150 to 200 Venezuelans come here by sea, some of them, illegally.