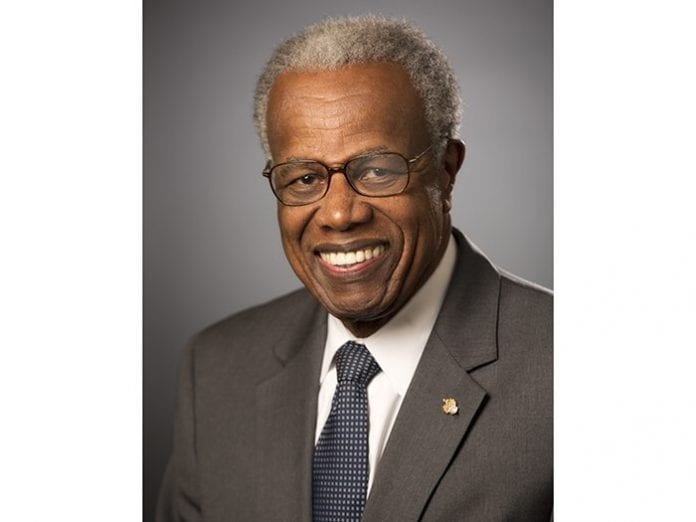 The University of the West Indies (UWI) has conferred the title of ‘Chancellor Emeritus’ on its former Chancellor, Sir George Alleyne.

UWI said Emeritus is a designation given to the former holder of an office, who having retired is allowed to retain the title.

Sir George served as Chancellor from 2003 to 2010 and then 2010 to 2017 and the university said “his years of distinguished service in the office have left an indelible mark in the history of The UWI.

“In addition to his service as Chancellor, he spent a total of 23 years working at the regional University.”

Sir George was given the honorary title of Professor Emeritus after leaving UWI in 1981 to assume the position of Chief of the Unit of Research, Promotion and Coordination in the Division of Human Resources and Research at PAHO/WHO and ascended to the position of Director of PAHO in 1995.

United noted that he is a “son” of the university “a proud alumnus, having graduated in 1957 as the gold medallist with the degree of Bachelor of Medicine and Surgery (MBBS), from the then University College of the West Indies.

“Throughout his accomplished career, Sir George has received numerous awards including prestigious decorations and national honours from many countries of the Americas. In 1990, he was made Knight Bachelor by Her Majesty Queen Elizabeth II for his services to medicine and in 2001, he was awarded the Order of the Caribbean Community, the highest honour that can be conferred on a Caribbean national.”