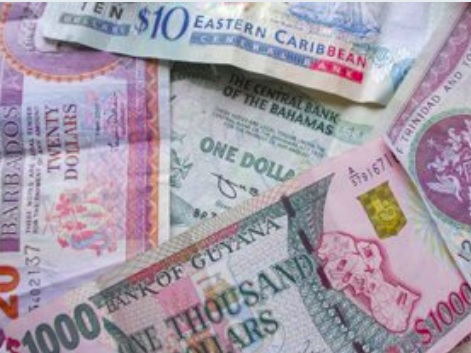 The European Union has been criticized by the Vice Chancellor of the UWI for blacklisting some Caribbean counties as tax havens.

The University of the West Indies (UWI) has criticized the European Union over its decision to blacklist a number of Caribbean Community (CARICOM) countries as tax havens. The university warns the unilateral move could have a deleterious effect on the economies of these countries.

“This latest decision by the EU is based on new, unilaterally-determined and unclear criteria that differ significantly from the currently accepted international standards of tax transparency, anti-money laundering and accountability,” said UWI Vice-Chancellor Sir Hilary Beckles.

“These universally accepted standards were established by the Financial Action Task Force and the OECD Global Forum and demanded by the very EU,” Sir Hilary said, noting that CARICOM countries had either met or exceeded these accepted international standards and best practices over many years.

Earlier this month, EU finance ministers meeting in Brussels named St. Lucia, Barbados, Grenada, and Trinidad and Tobago among a list of 17 countries considered to be global tax havens. They said the new list had been drawn up after 10 months of investigations by EU officials.

Not doing enough to crackdown on tax avoidance

The ministers said the countries on the blacklist were not doing enough to crack down on offshore avoidance schemes. Potential sanctions that could be enforced on members of the list are expected to be agreed in the coming weeks.

The EU said that as a first step, a letter will be sent to all jurisdictions on the new list, explaining the decision and what they can do to be de-listed.

CARICOM has strongly objected to the listing with its Secretary General Irwin la Rocque said the decision by Europe had ‘been based on new and unilaterally-determined criteria that go beyond the generally accepted international tax transparency and accountability standards which our countries have been diligently meeting over the past several years.

“CARICOM strongly objects to this listing of our member states and calls on the EU to remove our member states from this pernicious list,” he said, noting that the 15-member grouping stood ready to discuss the matter with the European Council.

The UWI Vice Chancellor said the unilateral EU blacklisting was “de facto a derailing of these standards and undermine the entire process of accountability and fairness in financial matters carefully constructed by the world community”.

He warned that this “unfavorable and unfair categorization of certain CARICOM countries is likely to result in reputational damage, encouragement of de-risking, including the withdrawal of correspondent banking services and the imposition of costs in the adjustment to new onerous regulatory requirements.

“Further, whether intentional or accidental, this action is tantamount to creating a competitive advantage for offshore financial centers operating within the national jurisdiction of European Union member states.

“The UWI stands with the governments of the Caribbean in protesting the recent actions by the EU and calling for a more transparent and equitable regulatory system and joins the call for the EU to enter into a process to resolve the issue.

“To this end The University of the West Indies . . . will continue to put its expertise and research capacity at the service of governments, the private sector and regional organizations to craft appropriate policy responses,” he added.