US visitor to Bermuda fined for having ammunition 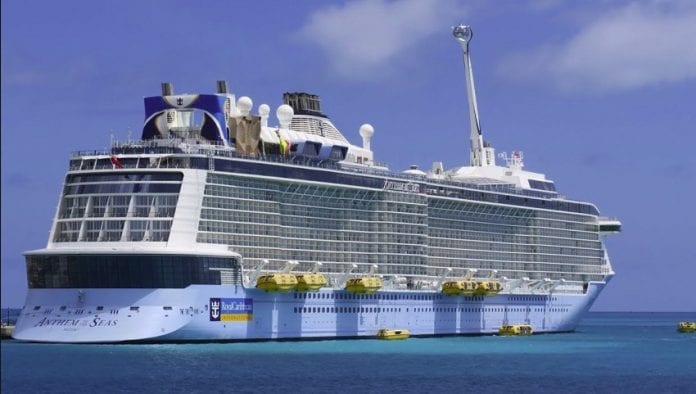 A visitor to Bermuda from the United States who was forced to spend part of his honeymoon in prison after a bullet was found in his backpack, has been fined US$350 by a magistrate.

He was the second American visitor caught with live ammunition in the country, where guns are illegal, in the past week. On Monday, the Magistrates’ Court heard that the ammunition was discovered as James Latham, 20, of Virginia, tried to re-board the cruise ship Anthem of the Seas at Dockyard.

The court heard that the bullet was discovered by security personnel as Latham tried to go on board on Saturday.

Latham, who admitted the offence, told the court he went to a shooting range at home before he started his trip and was unaware that the round was in his bag.

He told the court that he was on his honeymoon  when he was arrested. “I am truly sorry,” said Latham who described the one night and two days he had spent in jail as “very scary”.

“This won’t ever happen again,” he added.

Magistrate Tyrone Chin said Latham’s honeymoon had been memorable “for all the wrong reasons.”

Last week,  Julie Martin, 36, a real estate agent from the state of  Kentucky, was fined US$800 by Magistrate Khamisi Tokunbo after she admitted having five rounds of live ammunition in her handbag without a license as she preparing to leave Bermuda on the same cruise ship during a previous visit to the island.