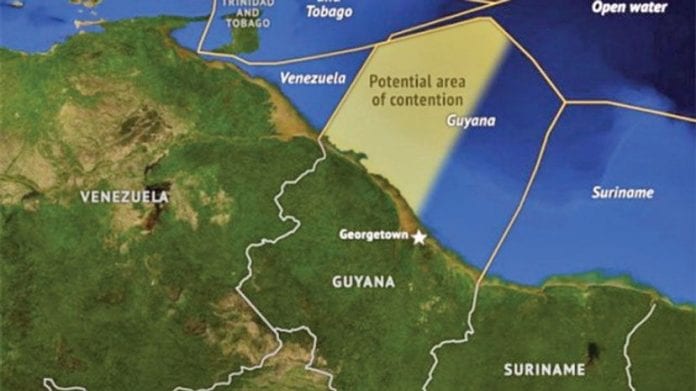 The United States has endorsed the decision by the International Court of Justice (ICJ) decision to settle the border controversy between Guyana and Venezuela, in the face of calls by President Nicolas Maduro for bilateral talks to resume as a means of settlement.

Acting Assistant Secretary for the U.S. Department of State’s Bureau of Western Hemisphere Affairs, Michael Kozak said his country supports the ICJ’s 12-18 ruling that it has jurisdiction in the Guyana-Venezuela border issue.

Kozak added that “is the legal and peaceful way forward”.

“Maduro’s aggressive claims don’t change this, they only show the world his disregard for his neighbours and international law,” said the top State Department official in a tweet Sunday night that was reposted by the American embassy in Guyana.

American Ambassador to Guyana, Sarah-Ann Lynch, for her part, restated her country’s position that the border controversy should be settled legally.

“The United States has long called for a legal peaceful resolution to Guyana’s border controversy with Venezuela and we reiterate that call today,” she said.

The US’ position came against the backdrop of President Maduro’s decree to extend its maritime boundary unilaterally to include the Atlantic waters and seabed offshore the Essequibo Region up to the eastern bank of the Essequibo River.

The Venezuelan President last week asked the United Nations Secretary-General Antonio Gutteres to facilitate the resumption of bilateral dialogue with Guyana as a means of settling the border controversy.

Maduro, in his letter to the UN Secretary-General, said he has the ability to revive dialogue as a way to avoid decisions outside of international legality, which can seriously jeopardize the peace and security of the region.

In December, the ICJ ruled that it has jurisdiction to intervene in a historic boundary dispute between the two countries.

According to Jurist.org, the border issues date back to the 1890s, when the UK and Venezuela both claimed certain territory. An international tribunal of arbitrators from the UK, the US and Russia drew boundaries for Venezuela and Guyana in 1899 which designated the territory to Guyana. Venezuelan officials claimed that the agreement was unfair.

In 1966, they established a framework, known as the Geneva Agreement, to settle the dispute. The agreement did not lead to resolution, but in 1970, a 12-year moratorium was negotiated on Venezuelan efforts to reclaim the territory.

In 2013, the Venezuelan Navy seized a Guyanese ship surveying for oil in disputed maritime territory. Guyana then secured a contract with ExxonMobil to drill in the contested zone. This controversy reignited border arguments.

Under the 1966 agreement, the ensuing dispute was to be heard by the UN secretary-general. When negotiations failed again, Guyana brought the issue to the ICJ. If Venezuela secures ownership of the disputed territory, it will obtain more than 40 percent of Guyanese territory.