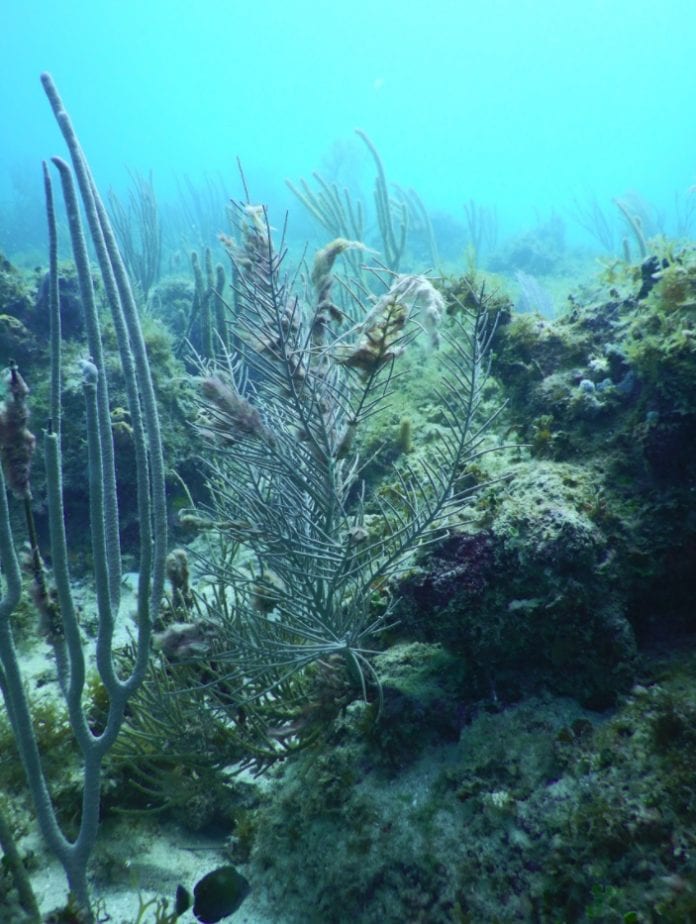 Scientists from the University at Buffalo, New York (UB) and California State University (Cal State), Northridge have gotten an early look at the damage caused by Hurricanes Maria and Irma, which tore through the Caribbean in September not only wreaking havoc on land but also devastating ocean ecosystems.

The scientists, who travelled to the US Virgin Islands last month, to assess the damage, said coral reefs off the coast of  St. John suffered severe injury during the storms.

“Some coral colonies lost branches. Others were cloaked in harmful algal growth. Many – weakened by the hurricanes – were left with ghostly, feather-like strands of bacteria hanging off open wounds, where bits of coral had been scraped off,” said UB.

Researchers also observed sites where whole coral colonies, akin to individual trees in a forest, had been swept away by the fury of the storms.

“Hurricanes generate huge waves. The effect is like sandblasting – the waves carry sand and debris, such as bits of broken coral, onto the reefs, striking them over and over again,” said Dr. Howard Lasker, professor of geology in the UB College of Arts and Sciences.

“In shallow waters, what we found certainly lived up to our expectations—holy, moly this was bad news,” said Edmunds, who has spent 31 years studying St. John’s reef. “But when we went deeper, it became more nuanced. It was still beautiful. There were corals, sea fans and some fish swimming around.

“Then you would look more closely, and you would see tumbled corals and missing corals in spots where you had seen corals just three months before,” he added.