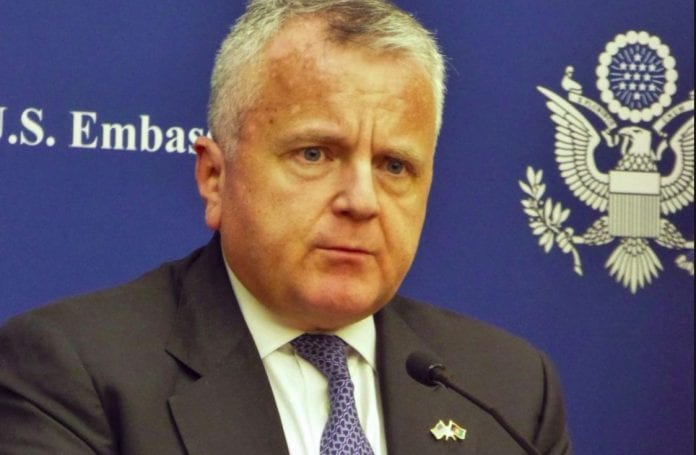 The United States Deputy Secretary of State, John J. Sullivan, cancelled a planned visit to Haiti where he would have held talks with Caribbean Community (CARICOM) leaders who were meeting there for the 29th inter-sessional summit of the regional movement.

“Deputy Secretary Sullivan’s travel to Haiti has been postponed,” the State Department said in a statement without stating any reason.

The State Department had earlier said that Sullivan would during his discussions with the regional leaders “focus discussions on issues of mutual interest to the United States and the Caribbean, including energy diversification, regional security and economic development.”

The Caribbean leaders ended the two-day summit on Tuesday.

“Enduring partner to the Caribbean”

The State Department said that the United States is an enduring partner to the Caribbean, as underscored in the Caribbean 2020 strategy, which strengthens security, diplomacy, prosperity, energy, education and health in the region.”

Sullivan was also due to have engaged with US Embassy staff, as well as representatives from the business community and civil society, and make a visit to the Haitian National Police School, which receives funding from the Bureau of International Narcotics and Law Enforcement”.