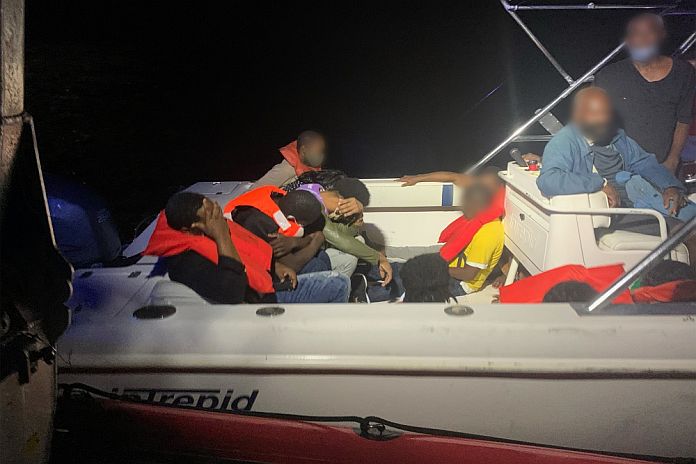 The US Coast Guard said last Friday they intercepted a 25-foot pleasure craft with 25 people aboard about 10 miles east of Palm Beach.

“During the interdiction, it was determined that this was an illegal migrant smuggling operation involving 15 Haitian male migrants, eight female Haitian migrants and two Bahamian male suspected smugglers,” the US Coast Guard said.

“I’m proud of my crew and the collaboration between Station Lake Worth Inlet and CBP AMO involved in these cases,” said Lt. Cmdr. Jane Sarnecky, commanding officer of the cutter Richard Etheridge.

“They ensured the safety of all 23 migrants and two human smugglers in a fluid and dynamic environment in which migrant condition and weather quickly deteriorated.

“If you are considering taking part in an illegal voyage, do not take to the sea. You are risking your life and the lives of everyone else aboard. The Florida Straits are dangerous and unforgiving, especially in the case of grossly overloaded and unseaworthy boats with inadequate lifesaving equipment aboard,” Sarnecky added.