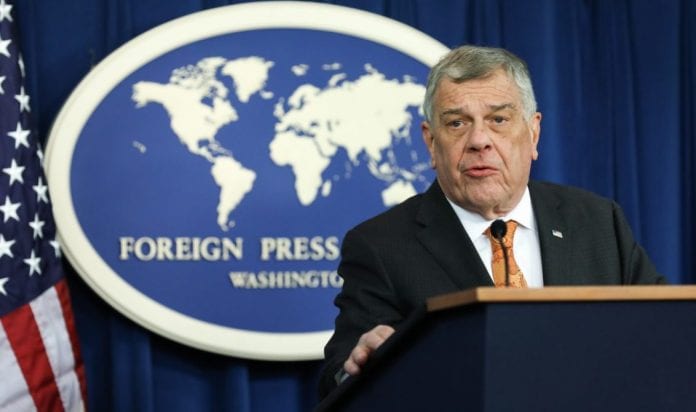 WASHINGTON – The United States on Monday called for the release of the official results of the disputed March 2 regional and general elections in Guyana.

Acting Assistant Secretary for U.S. Department of State’s Bureau of Western Hemisphere Affair, Michael Kozak, has endorsed a statement issued last weekend by the Organisation of American States (OAS) which noted that the only democratic solution for Guyana is respect for the results of the national recount.

“We stand with @OAS_official in calling for respect of the results of the national recount in #Guyana. The peoples of the Americas have a right to democracy and their governments have an obligation to promote and defend it,” Kozak said in a message of the social network, Twitter.

The OAS, which had sent an observer tam to monitor the elections and the recount, said that respect for the results of the national recount is Guyana’s “only democratic solution”.

The Washington-based hemispheric body noted that “the Chief Elections Officer of Guyana, in direct opposition to the instructions of the Chair of the Guyana Elections Commission, has submitted a final report which includes data compiled prior to the national recount; data which had already been deemed to be questionable.

“There can be no justification for this action. As intimated in our statement of July 10, this confirms that the Chief Elections Officer is acting in bad faith and contrary to the interest of democracy in Guyana,” it added.

The Guyana Elections Commission (GECOM) is likely to meet on Monday to discuss a report submitted by the Chief Elections Officer (CEO) Keith Lowebfield that gave the ruling coalition, A partnership for National Unity (APNU) victory in the elections.

Lowenfield who last Saturday, had earlier missed the deadline for submitting the report given to him by GECOM chairman, retired justice Claudette Singh, in his new report, put the valid votes as 475,118, giving the coalition 236, 777 and the main opposition People’s Progressive Party/Civic (PPP/C) 229, 330.

As a result, he has assigned coalition, 32 seats in the 65 member Parliament, 31 to the PPP/C and one seat to three of the smaller opposition parties.

One of the three opposition nominated members on the seven-member GECOM, Sase Gunraj, told reporters that the report did not reflect the results of the national recount that ended on June 9 with the PPP/C claiming that it had won the polls by more than 15,000 votes.