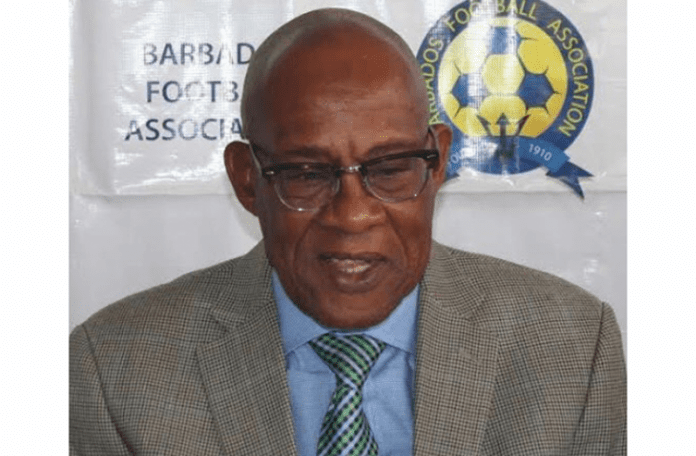 While stressing that he did not speak on the behalf of the Zurich-based organisation, Barbadian Harris indicated that there was precedent for action against the TTFA, as FIFA often tried to discourage member associations from legal disputes.

“I can’t really speak for FIFA but normally that would be the case – suspension of the member association,” said Harris, also a vice-president of continental governing body, CONCACAF.

“FIFA can make that decision of suspension but it is up to the congress to decide if they would agree with that suspension or not. But I believe that some action will be taken against Trinidad and Tobago.

“I’m hoping that won’t be the case because this is the first time such a decision has been made in the football world and we will all await to see how FIFA deals with the matter.”

In a landmark 24-page ruling this week, Madam Justice Carol Gobin concluded that arbitration was not the “appropriate forum” for the settlement of the ongoing dispute.

The ruling was a blow to FIFA’s bid to have the dispute with the TTFA heard by the Switzerland-based Court of Arbitration for Sport.

“This is a matter which falls squarely within the jurisdiction of the High Court of this country. This is not a matter for the Court of Arbitration for Sports,” the court said.

Harris, the president of the Barbados Football Association, told i95FM Sports the ruling would resonate among member associations especially since it impacted the established system of governance enforced by FIFA.

“But I can tell you, this is a big big decision in the football world because all of the MAs (member associations) affiliated to FIFA, are at this time believing they play under the FIFA statutes and their governance,” Harris explained.

“And this plays a different tune so we will wait and see what FIFA has to say about and of course I hope that everything runs well for Trinidad and Tobago.”

He continued: “This decision really turns this over on their heads because all the MAs in FIFA are of the opinion that we follow the FIFA statutes and abide by the rules and regulations of FIFA. FIFA is the world football [governing] body but of course we are independent nations.

“I have not read the full judgement but I will await and see how this pans out now for the other MAs playing under FIFA’s jurisdiction.”

The dispute was triggered last March after FIFA swooped down to disband the TTFA executive and appoint a normalisation committee to run the association.

Ousted president William Wallace and his three vice-presidents attempted to challenge the decision before CAS but withdrew their case after contending that FIFA was thwarting the process.

Harris said because of the landmark nature of the ruling, the response of FIFA would now be a critical turning point in the matter.

“I wouldn’t look at it as weakening FIFA because FIFA can never be bigger than the governance of a country,” Harris pointed out.

“I think this matter of not taking [footballing] matters to the ordinary courts is a situation that FIFA introduced to prevent the going and fro-ing of court action and I think that they were satisfied that they have the regulations in form to deal with matters where they are disputes.

“This, as I say, is the first time that the statutes have been challenged in this way and we should await and see what FIFA’s reaction to it will be.”