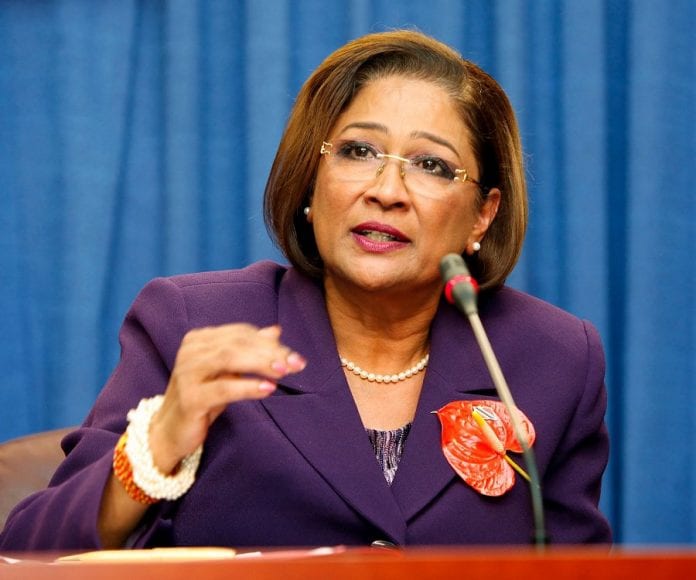 Leader of the Trinidad and Tobago’s main opposition United National Congress (UNC), Kamla Persad Bissessar has called for the resignation of National Security Minister Edmund Dillon, stating that the current administration is clueless when it comes to solving the “crime crisis” in the twin island republic.

Persad Bissessar in a statement on Saturday said Dillion has not presented the country with a “clear and viable plan to fight criminal elements and to protect citizens and visitors.”

The statement follows the UNC’s motion of no confidence in the National Security Minister   in Parliament on Friday.

Government has no clue

“It is clear that this Government has no clue how to solve the crime crisis in Trinidad and Tobago, and this was highlighted by the presentations by Government Ministers Stuart Young and Edmund Dillon in the Parliament, which were intended to be scandalous distract and mislead.” The former prime minister said.

In her statement, Persad Bissessar noted while “people are being slaughtered on our streets, in their homes, and even at their places of work,” the National Minister “once again failed to provide any measure of comfort to the people of Trinidad and Tobago.”

“In two years and nine months of this Rowley-led Government, they have produced nothing, and only managed to make the lives of citizens harder.”

She pointed to her contribution to the Motion of No Confidence in which she gave  examples of Dillon’s failure to deal with his main role and function.

“The people are fed up of this Rowley-led Government’s incompetence, their uncaring attitude and their lack of vision, and the country is ready to vote them out over their failure to address the crime crisis.”

According to Persad-Bissessar, if  Dillion does not resign – “we call upon the Prime Minister to immediately fire this failed Minister.”