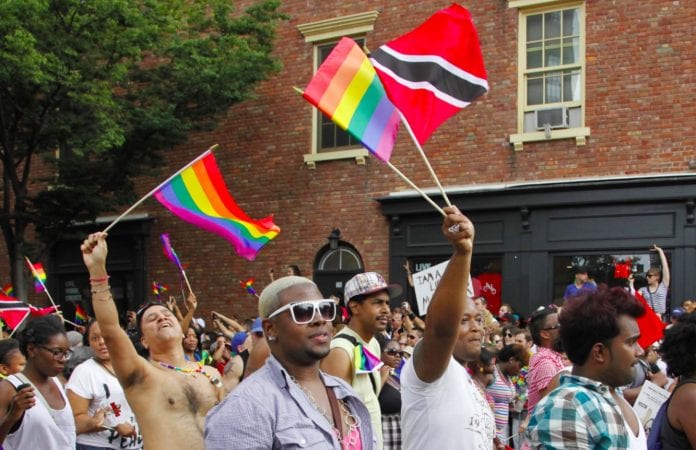 The challenge against the state was brought by gay rights activist Jason Jones in 2017.

However, a final ruling will be handed down in three months.

Following the court’s decision members of the LGBT Community, celebrated on the outskirts of the building.

The court matter was brought to repeal sections 13 and 16 of the Sexual Offenses Act which criminalizes buggery and serious indecency even between consenting adults.

Jones claimed that the long-standing legislation contravenes his constitutional rights to privacy and freedom of thought and expression in addition to being in direct contradiction to this country’s international human rights obligations.

“It was a stunning victory for human rights and for all Trinidad and Tobago citizens …I think we must all come together now after this judgement and embrace each other in true love and respect and honor for each citizen. This is not about LGBT, it is about the rights and freedoms that are enshrined in our constitution and I hope that everybody will come away with this calmly and collectively, looking at what the future should be for our nation.

“We have to now start to pull together and I think today is a starting moment for us to do that,” said Jones, following the ruling.

When the ruling was filed last year, Jones told reporters that he decided to file the lawsuit due to his personal experience as a homosexual in Trinidad and Tobago including him being disowned by his family forcing him to migrate to the United Kingdom.

“I don’t wish to shove a gay agenda down you (the public) throat or attack your morals, religion or spirituality, I am doing this for the betterment of our nation, and for our feature generations,” he then said.

In 2016, Jamaican lawyer Maurice Tomlinson challenged the immigration laws in Trinidad and Tobago and Belize which allow for refusal of entry to regional homosexual visitors.

While the Caribbean Court of Justice (CCJ) dismissed his case, both Governments admitted that the laws were not enforced by their immigration officials.

Later that year, Belize’s Supreme Court struck down that country’s sodomy laws, after a case similar to Jones’ was filed by a local activist.

However, unlike Trinidad and Tobago Belize did not have a saving clause protecting its legislation from review.