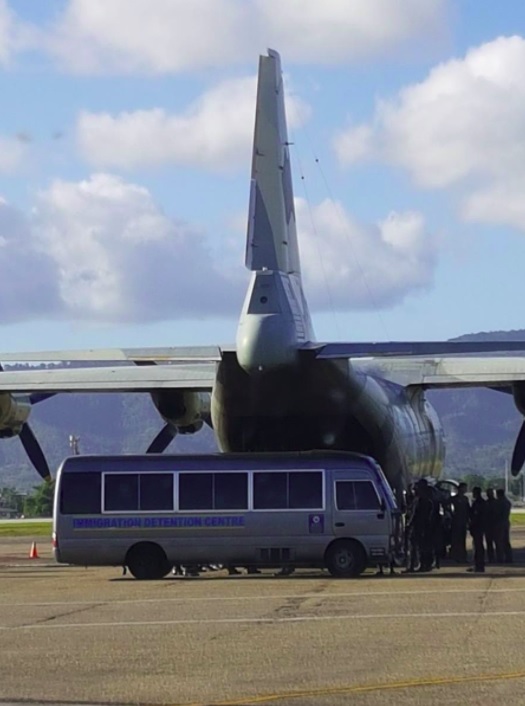 The Trinidad and Tobago government on Monday said it respects the rights of any person to seek asylum in that country and the decision of any foreign national to voluntarily return to their country of nationality. The statement was made after the United Nations expressed concern that a number of Venezuelan nationals who had sought asylum in the Trinidad may have been deported to the South American country over the last weekend.

The right to repatriate

At least 82 Venezuelan nationals, including 29 women, were deported last Saturday. The Ministry of National Security said the Venezuelans “were voluntarily repatriated…to the Bolivarian Republic of Venezuela with the assistance of the Ambassador of Venezuela to Trinidad and Tobago, Her Excellency Coromoto Godoy.”

The Living Water Community (LWC), a religious based organization that works with the United Nations Refugee Agency (UNHCR), said it too had received reports of Venezuelans being deported.

However, TT government said at the airport “each person was asked if they had any fear or objection to returning to their homeland” and that “all stated they wanted to leave.

“Each signed the necessary documents for their departure before being handed their travel document by Immigration Officers and having their personal property checked by Customs officials.  Prior to boarding the aircraft, each individual was again asked by a different set of officials if they had any fear of returning to their homeland; each again responded in the negative and willingly boarded a bus with their belongings to be taken to the aircraft.  No one was forced or coerced to leave the IDC, board the bus or the aircraft.  The entire exercise was recorded by the Trinidad and Tobago Air Guard,” the statement said.

The government said it is also concerned that “many foreigners have entered the country illegally or have overstayed the landing permission granted to them by the Immigration Division and, as a result, may become susceptible to exploitation because of their irregular immigration status.

“These breaches of national security will not be tolerated by this Government and every effort will be taken to prevent exploitation of foreign nationals, while at the same time, we continue to protect this country’s borders.”