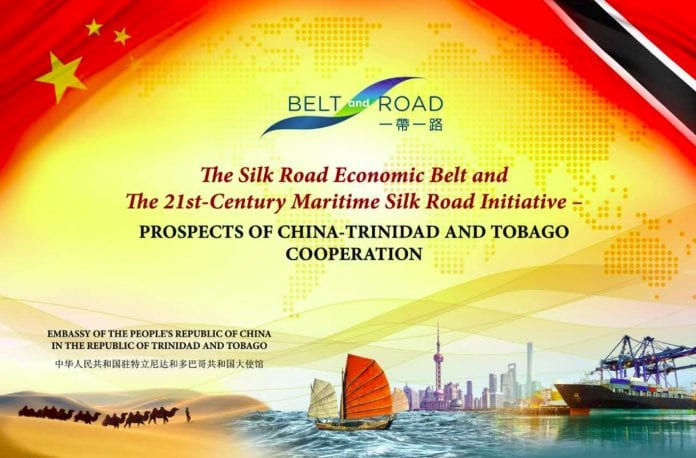 Trinidad and Tobago has signed a Memorandum of Understanding (MOU) on Cooperation within the Framework of the Silk Road Economic Belt and the 21st Century Maritime Silk Road Initiative with China, according to an official statement issued on Monday.

Rowley on official visit to China

The statement from the Office of the Prime Minister said that Prime Minister Dr. Keith Rowley, who is on an official visit to Beijing signed the MOU without giving details.

However, the Chinese government calls the initiative “a bid to enhance regional connectivity and embrace a brighter future,” while critics call it a push by China to take a larger role in global affairs with a China-centered trading network.

The initiative was unveiled by President Xi Jinping in late 2013, and the initial focus has been infrastructure investment, education, construction materials, railway and highway, automobile, real estate, power grid, and iron and steel.

The statement said that Prime Minister Rowley, who arrived in Beijing Monday, held talks with Premier  Keqiang, with both leaders lauding “their long-standing relationship and reiterated their commitment to deepen ties.”

The statement said that the two countries also signed three other MOUs strengthening cooperation in the field of medicine and health; human resource development and on economic and technical cooperation.

The statement said that Rowley and his delegation attended a State banquet held at the Great Hall of the People.