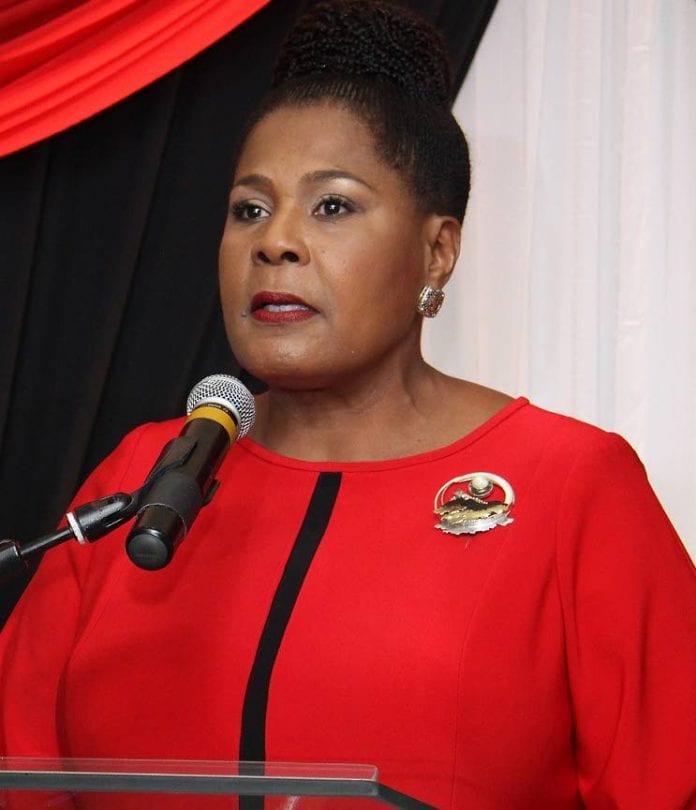 PORT OF SPAIN, Trinidad, CMC – President of Trinidad and Tobago Paula-Mae Weekes said that the increase in the number of Venezuelans arriving there over the past few weeks has prompted xenophobia and racism in Trinidad and Tobago.

Addressing the 44th annual conference of the Caribbean, Americas and the Atlantic Region of the Commonwealth Parliamentary Association, she said in response to globalisation, one facet of nationalism that has reared its ugly head in countries across Europe and in the US is ethnic nationalism.

“In Trinidad and Tobago although the influx of Venezuelan migrants has seen an outpouring of generosity and kindness on the part of some Trinbagonians it has also opened the window into our parochialism, xenophobia and racism.

“Hostile and derogatory comments about migrants are made on social media and talk radio all in the name of patriotism,” she told the delegates, adding “it is for our lawmakers, representing the views and interests and aspirations of those on whose behalf they speak to set the tone. Our people will follow where we lead”.

Venezuelans have been fleeing their homeland as a result of the economic and political crisis in the South American country sparked by efforts by the opposition, backed by the United States and some western countries to remove President Nicolas Maduro from power.

Trinidad and Tobago recently provided a two-week window for Venezuelans to be registered here and the Head of State said that the issue of immigration is also of pressing concern to the workforce in TT.

“Consensus on how to implement relevant legal frameworks and to fulfil our international obligations seems elusive and our people are anxious for clear, equitable, sustainable and humanitarian road maps for the long and short term. Only Parliament can provide that comfort.”

In her address, she said that she also raised the manner in which local legislators conducted their affairs urging them to maintain the highest standards given that the country’s young people “will consider what they see us do to be appropriate and so mimic and perpetuate the standards that we set.

“Even the most casual observer of the proceedings of our Parliament would be concerned about how the people’s business is being conducted. Those who follow vividly might well be alarmed.

“Walkouts, put outs, distrust, thinly-veiled insults, inability to arrive at consensus quickly, if at all, on the simplest of issues, referrals to the privileges committee, whether to apologise or not, all those seem to take precedence over formulating laws for the good of our citizens,” Weekes said, noting that while there is room for jollity, there has to be alignment between the distinguished and important nature of the work and the conduct exhibited by those who sit in Parliament.

“Debates will become passionate, even heated, but our representatives must model the highest standards of dignity, respect and civility while in the Chamber.

“What does the average man in the street think about what goes on in there? Forty years ago one of our calpsonians, Explainer, expressed it this way. Referring to our lawmakers, he composed the song entitled They Kicksin’ in Parliament”.

She said to the average citizen, the Parliament can appear to be a “glorified talk-shop governed by self-interest and partisanship”, or as 19th-century journalist Walter Bagehot described it, as “nothing less than a big meeting of more or less idle people.

“These stereotypical labels are unfortunate and misplaced when we consider the critical role that the Parliament plays in a functional and well-run democracy, but as Harvey Lee Atwater, American political consultant during the (Ronald) Reagan years said…perception is reality,” she added.