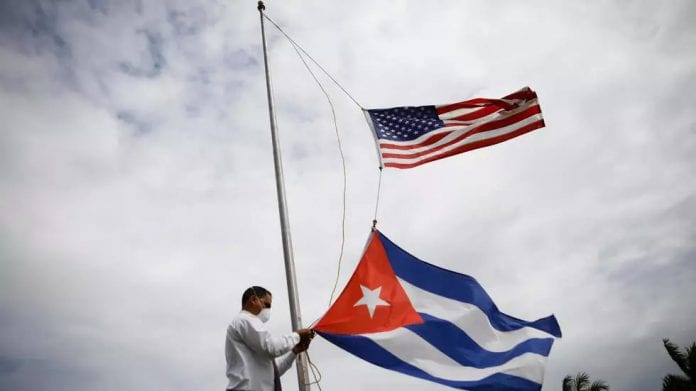 WASHINGTON – The Secretary of State in the United States, Mike Pompeo, on Thursday said that the United States is suspending private charter flights to Cuba as another way to starve the government in Havana of revenue.

In making his announcement, Pompeo slammed the regime in Cuba for continuing to jail reporters and pro-democracy activists, suppress dissent, oversee “horrific” physical abuse and prop up President Nicolas Maduro in Venezuela, among other offenses.

“The suspension of private charter flights will deny economic resources to the Castro regime and inhibit its capacity to carry out abuses,” Pompeo said in a statement.

“This administration will continue to target and cut the revenue the Cuban government earns from landing fees, stays in regime-owned hotels, and other travel-related income,” Pompeo added.

The Cuban military and intelligence services own and operate the great majority of hotels and tourism infrastructure in Cuba. The United States said they urge travelers of all nationalities to consider this and to make responsible decisions regarding travel to Cuba.

“Unfortunately, the Castro regime has not changed its repressive and undemocratic behavior. It continues to imprison journalists and democracy activists, to oversee horrific physical abuse, to perpetuate the de facto dictatorship in Venezuela, to repress freedom of religion or belief, and to silence and intimidate those who speak truth about the reality in Cuba,” the US State department statement said.